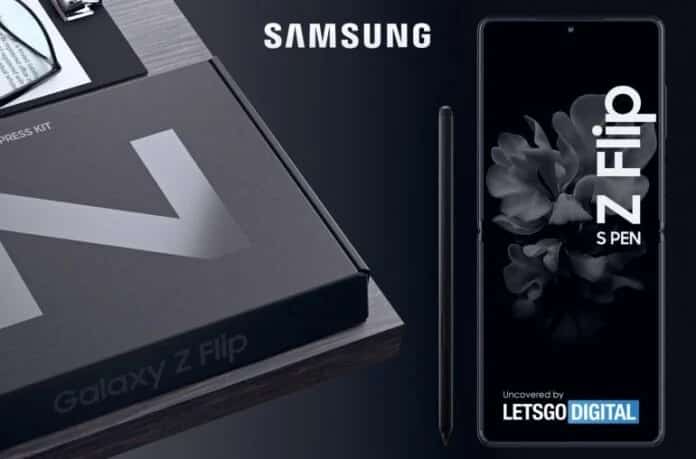 Rumors claim Samsung Galaxy Z Fold 3 will support the S Pen, but as for the Galaxy Z Flip 3, there’s not a lot that we don’t know just yet. As per the Dutch website LetsGoDigital, Samsung has filed an application with the EU property Office that hints at S pen compatibility. The trademark is for a specific “Z Flip” model – which was known to be in the pipeline for Samsung – but the synopsis mentions both “electronic pens” and “capacitive styluses for touch screen devices”.

Now Samsung might have just added a regular description for the upcoming phone and had no intention of ever adding S Pen support to the Z Flip 3. But the folks over at LetsGoDigital checked the trademark filing for last year’s Z Flip model and located no mention of a stylus or electronic pen.

That’s a major indication that something is afoot, and for the Galaxy Note series, none of it is good news. With the Samsung Galaxy S range increasing in size and claiming more and more Note-like features, the S Pen was just about all that remained.

Fan sentiment aside, Samsung’s decision of adding S Pen support to the Galaxy Z Fold 3 does make sense, considering the device will open up into a much larger footprint, warranting the use of an S Pen. But with S Pen support having arrived on the Galaxy S21 Ultra, and potentially the Galaxy Z Flip 3, it seems unlikely that we’ll see another Note series lineup launch anytime soon.

That said, we haven’t heard anything about the Z Flip 3 getting S Pen support in an official capacity just yet so we shouldn’t get our hopes too high. That’s not the only reason. The trademark is valid for ten years, and since the Z Flip device hasn’t been made official, Samsung might be holding out for a future model.

We don’t know much else about the Galaxy Z Flip 3 immediately, aside from the fact that the device is likely launching alongside the Galaxy Z Fold 3 towards the beginning of Q4.