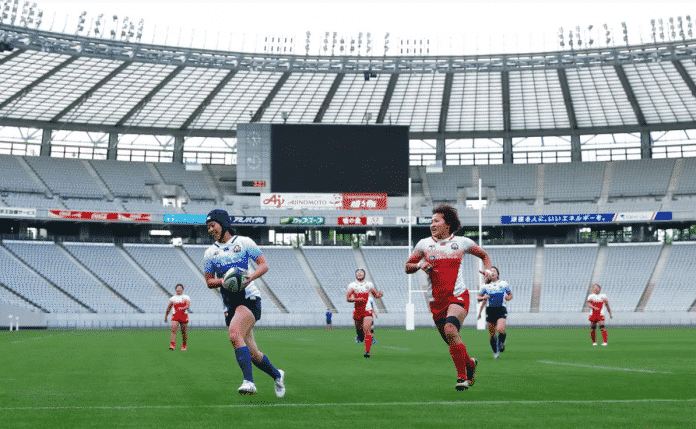 STELLENBOSCH, South Africa, May 8, 2021/ — This year’s Men’s Sevens Solidarity Camp brought together champions of African Sevens Rugby under one camp.

Through the leadership of Rugby Africa, African teams are coming together to prepare the qualified teams for the Olympic Games and Olympic Repechage with friendly tournaments and shared preparation camps.

Share
Facebook
Twitter
Pinterest
WhatsApp
Linkedin
Previous articleWhat lies ahead for Real Madrid, Barcelona and Juventus in Europe?
Next articleAdvantage Real Madrid in the La Liga title race as Barcelona’s draw with Atletico Madrid do them a favour