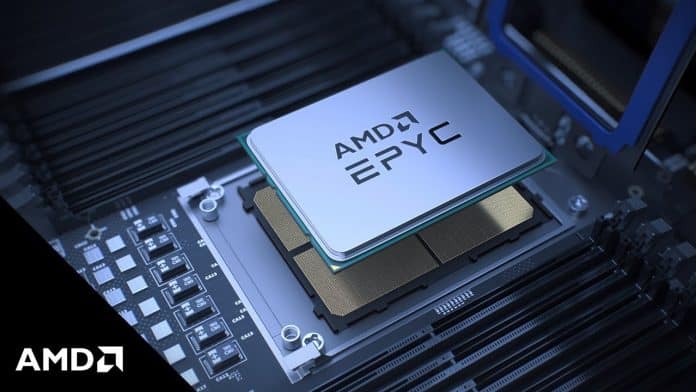 AMD has been slowly gaining huge market shares, and its high-performing CPUs and GPUs are creating a name for themselves with their excellent performance numbers. According to the latest sources, the Advanced Micro Devices company witnessed its largest server market share jump with its EPYC CPUs in Q1 2021.

It is reported that AMD’s server CPU share which comprises its EPYC business grew 1.8 points to 8.9 percent during the previous quarter. When compared to Q1 of 2020, the market share witnessed a 3.8 points higher rise in Q1 2021. This shows the demand for EPYC CPUs in the data centre segment.

The president of Mercury Research, Dean McCarron, stated that the Q1 2021 market share growth is the fastest since Q2 2006, back when Opteron was still competitive and giving Intel a tough time in the server segment.

“This explains how AMD reported in its earnings that it had record server and client revenues, even though units were down in client and server units are far from the company’s record shipments of 15 years ago.”

With EPYC Rome on the verge of being launched and with EPYC Milan holding down the fort for Rome, it just goes to show the impact that the CPUs of AMD have on data centres super-computers. AMD is in a powerful position than they were with Opteron.

The scariest part for Intel this time is that AMD is not showing any drastic gains; instead, the gains have been steady, which shows the determination and steady progress of the company. Each quarter pushes them further ahead in their goal to become a leader in the server CPU segment, and EPYC chips have proved that they are well-suited for this job & getting better each passing generation.

“I don’t think they had a clear vision last time. Is Intel going to come back and have a competitive product? Sure. But at that point, you’re going to have two big players, and people are going to have to do more testing to see what product is better for them.”

“I think that’s going to be a question of how well can Nvidia or whoever’s pushing Arm develop their toolsets to enable the community for development.”