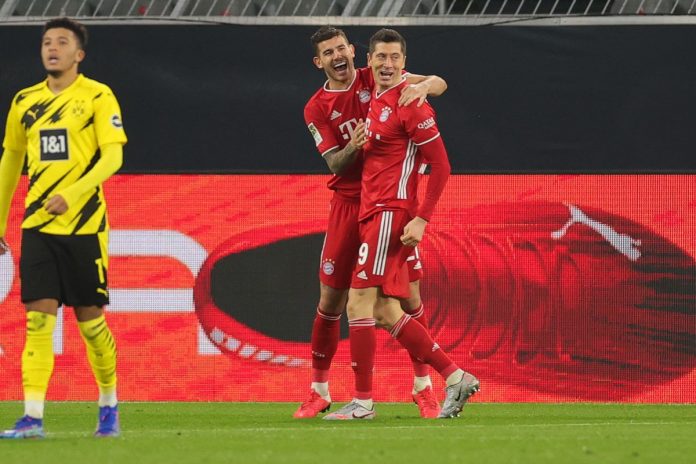 Bayern Munich have been crowned the Champions of Germany for the ninth consecutive season, after RB Leipzig lost 3-2 at the Signal Iduna Park to Borussia Dortmund. The Bundesliga has once again been a one-horse race with the Bavarians being on another level altogether.

Having won the sextuple last season, Bayern Munich were no doubt the favourites to win the title again this season. The arrival of Leroy Sane and the emergence of Jamal Musiala, along with the consistently outstanding performances from Robert Lewandowski and Thomas Muller, have been critical in yet another season-long masterclass from the German giants.

While Bayern are out of the DFB Pokal and the Champions League, they end the season with some form of silverware. This will be Hansi Flick’s last trophy won with Bayern, and it is the second time that Flick has won the league in two consecutive seasons after taking over from Nico Kovac.

Borussia Dortmund were, for a change, not the direct rivals for the title. RB Leipzig were the closest ones to the Bavarians and now that they have lost against Dortmund, they will be unable to catch up with the league leaders mathematically. Hansi Flick’s side have only tasted defeat four times throughout this season, showing their dominance.

They will welcome Julian Nagelsmann of their direct rivals, Leipzig, to manage the first team along with Dayot Upamecano as they aim to extend the winning streak to a decade next season.

Previous articleSuper league – FIFA chief Infantino: “We need to face the problems in football together”
Next articleTop 10 Most Watched Netflix Originals Hollywood films in 2021