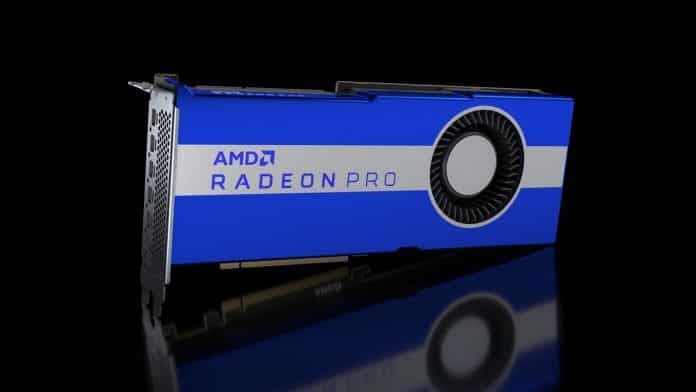 According to recent sources, on the User Benchmark database, AMD’s next-generation Radeon Pro W6800 graphics card for workstations has just made its entry. The card belongs to the upcoming Radeon Pro W6000 family which will be entirely based on the RDNA 2 graphics architecture & replacing the older AMD Navi and Vega-based workstation offerings.

From the database, it was reported that the AMD Radeon Pro W6800 has the ‘1002 73A3, 1002 0E1E’ Device ID and features a Big Navi GPU. Not many details have been leaked as of yet, however, the card does feature 32 GB of VRAM and its GDDR6. The card is also reported to feature 128 MB of Infinity Cache.

However, the performance will certainly improve because the Radeon RX 6000 series gaming graphics cards enjoy a far better driver optimization. And the unreleased Radeon Pro W6000 cards don’t have the same privilege.

Previous articleIndian people prefer older Intel CPUs rather than new ones, AMD still in high demand
Next articleNvidia’s first Asian shipment of hash-rate limit GeForce RTX 3060 cards not for gamers but for e-Cafes