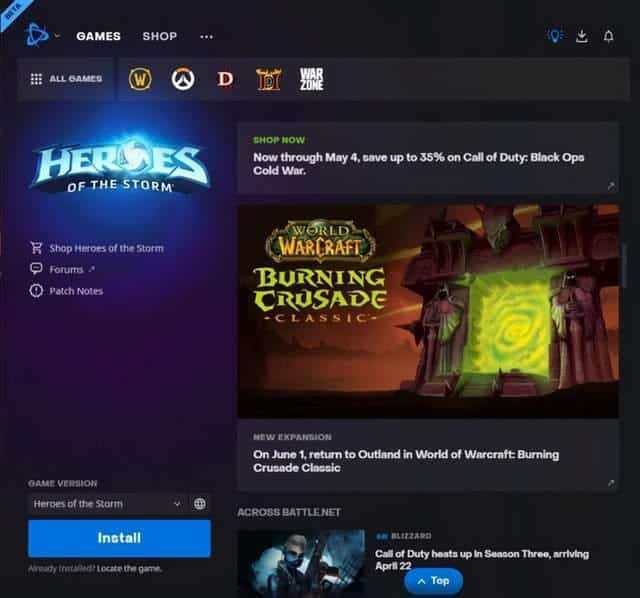 As we all know, the Blizzard Entertainment specially launched the World of Warcraft Classic in order to allow WoW’s die-hard fans to review the old-time and experience the original game content. Once the WoW Classic was launched, it caused a worldwide sensation. In the recent period, Blizzard said the long-anticipated expansion will land on WoW Classic servers this year. This expansion is named Burning Crusade, which is the first expansion set for the MMORPG World of Warcraft. Now, it is may be released on June 1st for WoW Classic.

However, if the leak is true, we are not sure that this means that the pre-patch will be released on June 1, or that the expansion TBC will be released in full. But the latest leak about the pre-patches of the TBC classic World of Warcraft will be released on May 18 – this was discovered in the Global String of the classic PTR data mining of the World of Warcraft. Therefore, if the prediction is correct, players will only get two weeks in the TBC pre-patch, which puts a lot of pressure on players. They need to upgrade the roles of draenei and blood elves in time to open the dark gate.

Brief Introduction of the changes of WoW Classic TBC

According to the introduction, different types of servers will be released for WoW Classic after the launch of World of Warcraft: Burning Crusade Classic. When playing Classic TBC, you may find some changes compared to the origin game. There are two new races (Blood Elf and Draenei characters), and players can level their characters up to 70 (the max level of WoW Classic is 60). If you already have characters in WoW Classic, you can choose to continue to update the content with the current Classic characters. If you want to have your character available in both Classic and TBC, you will have the option to pay for a character service to clone your Classic character.

Therefore, there are many mysteries about this disappearing advertisement. What we can be sure of is that the expansion TBC is around the corner, regardless of the accuracy of the coming date of this expansion. We will pay close attention to Blizzard’s confirmation, so stay tuned. By the way, to enjoy the old days of TBC, you will need a lot of WoW Classic TBC Gold to enhance your adventure! We z2u.com is the best place for you to purchase.