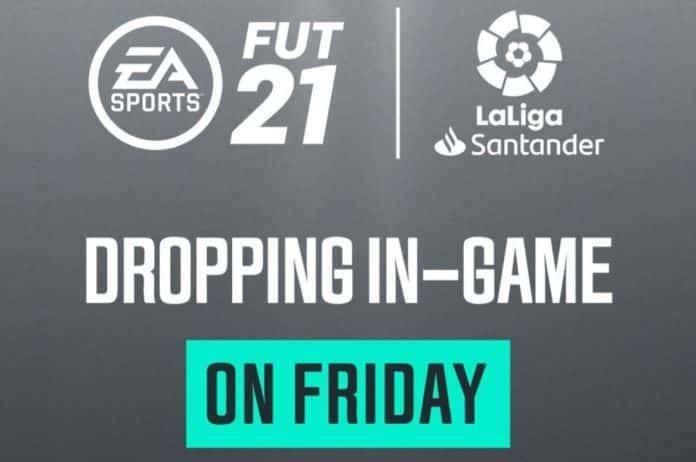 So it’s now time for the next Europe’s top five leagues. EA Sports will be releasing the La Liga Team Of The Season in FIFA 21 on Friday, 7th May at 10:30 pm IST.

The middle card could be Barcelona’s Frenkie de Jong or Atletico Madrid’s Marcos Llorente and the third player could be Villarreal’s Gerard Moreno.