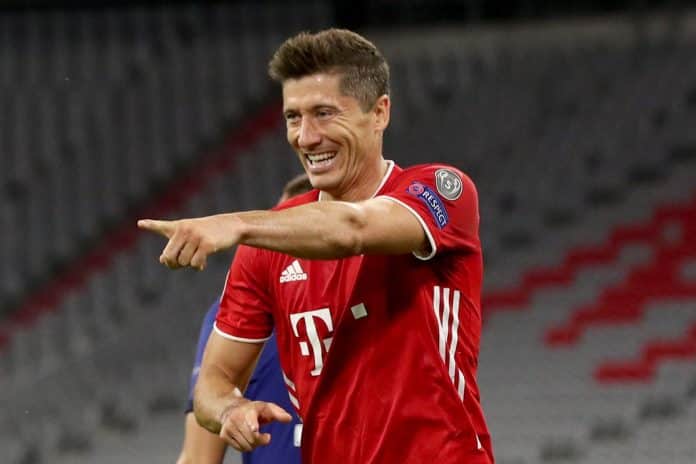 Chelsea and Manchester City are ready to start a bidding war this summer over the signature of star Bayern Munich striker Robert Lewandowski.

The two Premier League clubs, who will face each other in the UEFA Champions League final, would have to part with at least £60million to secure Lewandowski’s services. A report by ESPN suggested the potential transfer.

Manchester City needs a proper number 9 to replace Sergio Aguero, who will leave the club at the end of the season. Robert Lewandowski can be a perfect replacement for that. The Polish striker can bring both experience and quality in front of the goal.

On the other hand, Chelsea has faced a lot of trouble this season for the lack of quality in the box. Summer signing Timo Werner was not influential in front of the goal, which is a drawback for his side. However, Chelsea boss Thomas Tuchel wants perfect recruitment in the summer so that they don’t need to face the same problem again next season.

Robert Lewandowski is one of the best strikers of this generation. He won FIFA’s best player award last season. The 32-years-old still has some years left in the top form.

However, FC Bayern Munich is already monitoring Erling Haaland as the replacement of Robert Lewandowski. If the German side wants the Norweigan, then they need huge money for the transfer, which may lead them to sell some of their key players as well.