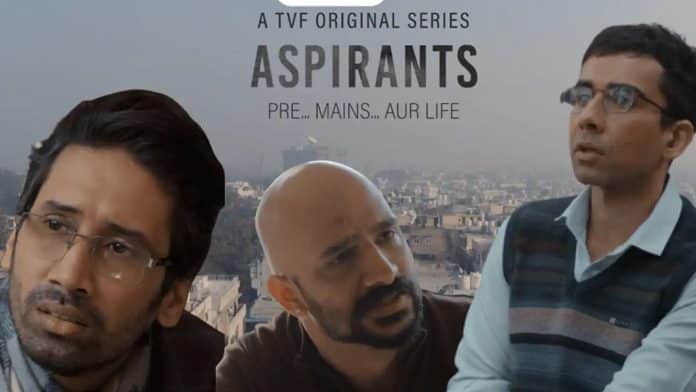 At last, the fifth and final episode of The Viral Fever(TVF) web series Aspirants is just going to release on YouTube. The story of the fantastic series chronicles the daily life of the students for the civil services exam.

This incredible series based on three friends Abhilash, SK, and Guri, all of them have lived in Old Rajendra Nagar in Delhi as they are preparing for the UPSC exam.

The official description of the show reveals that UPSC-One of the toughest exam in the world, and when you are preparing for it as an Aspirants, nothing seems easy. In the Old Rajender Nagar at Delhi, thousands of people have arrived every year with a dream and a burning desire to become an IAS officer.

All of the students have to pay off a lot of hard work, perseverance, and disciplined life to crack it. It also needs a strong heart to tolerate the pressure. In this examination season, TVF comes with a story of three friends reunited to reveal to us about UPSC Pre…Mains…Aur Life.

The first episode of the popular web series going viral on 7th April, and every Wednesday, the following episodes were released. The series contained four episodes, and last time, it has come up that each of the episodes of the series has got over 10 million views.

After releasing the fourth episode, the makers also confirmed the final episode while the YouTube channel of TVF crossed over 10 million subscribers. Before the fourth episode actor, Neena Gupta said the cut-off for the final season is quite high so subscribe soon to release the final one.

If you see, now the channel has got 9.12 million subscribers. It is expected that the fifth and the final episode will also get a huge response from the viewers.