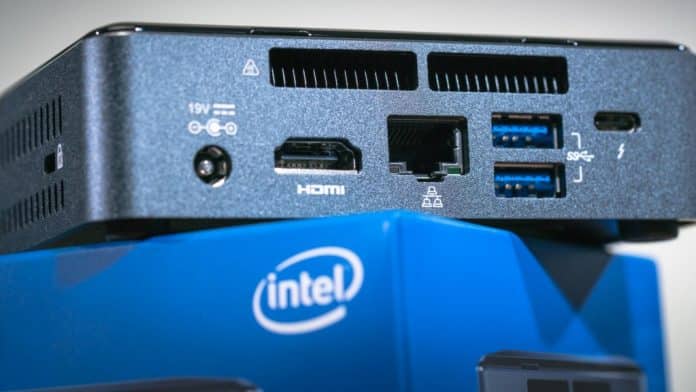 Coming to the leaked specifications, on the CPU side, we have the Pentium Silver J6005, which features 4 cores and 4 threads. The CPU also beasts the clock speeds of 2.0 GHz base & 3.3 GHz boost and 4 MB of L3 cache. It also has a 10W TDP, and on the graphics end, we have an Intel UHD GPU with 32 EUs clocked at 900 MHz.

The next model of the Mini-PC is the Celeron J5105 that has the same specifications but comes with lower clock speeds of 2.0 GHz base & 2.9 GHz boost. On the GPU, this model hosts a cut-down Gen 11 GPU with 24 EUs clocked at 800 MHz.

The Mini also has a plethora of ports including:

The Mini PC also supports WiFi 6 AX101 + Bluetooth v5.2 and is powered by a 19V DC 65W power supply with geo-specific C5 AC cords. According to sources, the Atlas Canyon NUC 11 Essential is expected to launch in Q1 2022.