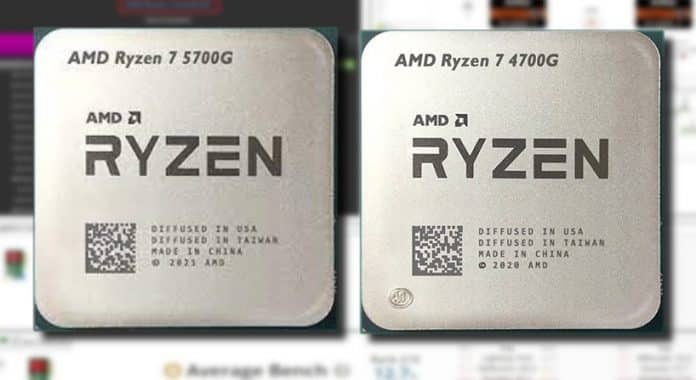 According to fresh sources, AMD’s Ryzen 7 5700G CPU has made its appearance online. The CPU in question was being tested in a synthetic benchmark. And as it has, the CPU created a new record for itself on the CPU-Z Validator site, and not to mention, the Zen 3 Cezanne APU also appeared on the UserBenchmark website being a part of an HP Pavilion Desktop system (TP01-2xxx).

The fact here is that UserBenchmark is always accused of being an intel bias platform and is always known to downplay the performance results of AMD APUs.

Though, let’s just ignore it and move onto the results. The CPU-Z score confirms what has been previously leaked about the chip: It is a single-thread/core beast that can churn out 631 points in this test leaving it +16.69% ahead of its predecessor.

If we consider the average bench score, then it puts the Zen 3 Cezanne desktop APU alongside the Ryzen 7 5800 in UserBenchmark’s CPU chart, and the results hold up well in comparison to the average marks of the AMD Ryzen 7 4700G.

Coming to the graphics side, UserBenchmark does show a healthy gain of +45.67% for the Vega 8 5000 compared to the Vega 8 4000. The overall result for the Ryzen 7 5700G shows a desktop APU flexing its Zen 3 microarchitecture muscles.