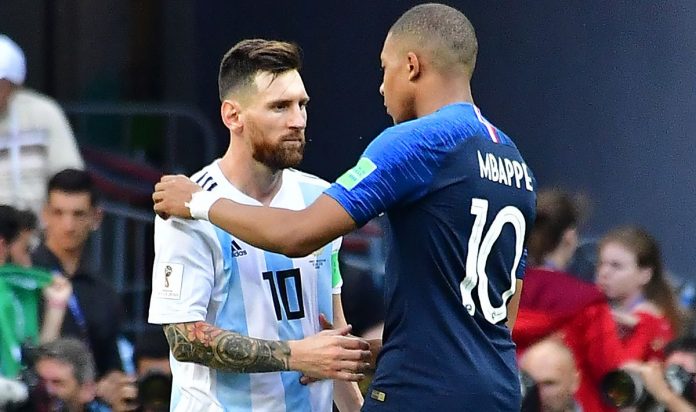 During any time span in history, if you look through a list of the world’s best players, that list will more often than not be populated by forwards. After all: your friends and family are impressed by goals, not clean sheets, crunching tackles, or pass completion stats. 2021 is no different. Sure, goalkeepers and defenders are selling at higher transfer fees than they have ever before but the forwards are more important than ever.

The ranking for the top 10 world’s best forwards, from football magazine FourFourTwo, excludes out-and-out strikers such as Robert Lewandowski, Harry Kane, Erling Haaland, etc, they went for any player who operates wide or centrally but isn’t a conventional centre-forward/striker. You’d normally expect Barcelona’s number 10, Lionel Messi, to occupy the top spot here, but you’ll be surprised to see whose shadow he’s underneath this time.

Marcus Rashford has sparkled under Ole Gunnar Solskjaer, maturing into an unstoppable forward, playing on either of the wings with his ferocious speed. He’s incredibly clever and skillful and his movement is superb: he was even Jose Mourinho’s most played player during his United tenure, which tells you everything you need to know about his mentality. He has scored 20 goals and assisted 13 in all competitions this season.

Under Pep Guardiola, the English winger, Raheem Sterling has refined his game to the bare basics. He is all about goals and assists and he’s a pure output machine. He’s flourished into a world-class player as his ability to take players on has fans on the edge of their seats – even at home. And his link-up play with his midfield is often underrated too.

Son Heung-min’s speed, timing, effortless finishing with either foot could see you mistake him for a peak Cristiano Ronaldo in the PL. His extraordinary partnership this season with Harry Kane almost emulates the destructive partnership of Wayne Rooney and Ronaldo in the peak United Premier League era. Son has ascended from being Kane’s no.2 to striking fear into full-backs on his own.

Tony Pulis at West Bromwich Albion might not be a fan but the rest of Europe is. Serge Gnabry is a Swiss-army knife of a forward, equally devastating with either foot and deadly on and off the ball.

The former Arsenal man, since moving to Bayern Munich, has established himself as one of the most complete wide-men in world football. He can create, he can score, and is just a joy to watch.

Somewhere along the line, Phil Foden earned the nickname of the “Stockport Iniesta”. To become one of the first names on Pep’s team sheet is quite an achievement. This is in part for his ability to create and score goals. But it’s the fact that he always pops up when it matters: goals against Chelsea and Liverpool testify, as do vital strikes in both the Champions League QF legs against Borussia Dortmund. It’s scary to think he’s years away from his peak.

Last summer’s tiring to and fro transfer saga between Dortmund and United would have been enough to derail some burgeoning careers, yet Jadon Sancho has simply got on with things.

The England winger looks on course for another season of double figures (currently six goals and 11 assists) for league goals and assists (last season, he became the first Englishman to achieve this feat since Matt Le Tissier in 1997), despite missing a number of games with a muscle injury suffered in February. With his close control, balance, trickery, and speed, he has all the hallmarks of a classic winger, yet his goalscoring record is good enough to rival most strikers.

Liverpool’s defensive issues this season have grabbed the headlines, but, further forward, Mo Salah has just put his head down and quietly got on with business. The Egyptian is the Premier League’s joint-top-scorer netting 19 and has been carrying Jurgen Klopp’s side during their woeful title defense. Roberto Firmino and Sadio Mane have been poor this season; without Mo, Liverpool’s plight would be a whole lot worse.

Kylian Mbappe has scored 30% of his team’s tally this season. With seven assists, his combined goal contributions jump to 28 in 27 domestic appearances. He’s still only 22-years-old.

The Frenchman has been especially electrifying in Europe with eight goals in nine appearances. Five of those have come in the knockout stages, with three against Barcelona and two against Bayern. Heavyweights and minnows beware: this is a player with little regard for the opposition.

Lionel Messi has scored 29 goals in 39 games. This is an astonishingly good return for a player who does not play as an out-and-out striker, however, Messi’s prime exploits have made the mere brilliance of his late-career seem ordinary. He might no longer operate at the peak of his powers but he remains one of the most potent goalscorers on the planet, well into his 30s.

Add in the 13 assists in all competitions (ten in La Liga), you get the full picture. Leo Messi is still contributing to a goal every game. As his pace and stamina slowly diminish, his vision and passing are only getting better. He’s different but still destructive. Older, yet wiser.

Neymar may not be PSG’s goal-scorer-in-chief (that status belongs to Kylian Mbappe) but there’s no doubting his influence on the team, especially in Europe. The box office Brazilian has six goals in seven Champions League appearances this season, including a brace at Old Trafford in the group stages. He has contributed to 13 strikes in all competitions. Not impressive enough? Okay, but there’s much more to the 29-year-old than goals.

It’s Neymar’s creativity and leadership that makes him so crucial to the French giants but also his country. A pair of assists in Munich helped get revenge on Bayern in the Champions League quarter-finals and, on the big occasions, he consistently provided an outlet to teammates under pressure.

Among the controversial omissions are players who could have easily made their way into the top five if they were at the peak of their powers. Sadio Mane, Cristiano Ronaldo, Antoine Greizmann, who is still on the verge of settling at Barcelona, and Eden Hazard, who in his Chelsea days could have even taken the top spot, but Real Madrid has been his injury home more than anything.

Talking about controversial ranks, we have to question if Englishmen Jadon Sancho and Phil Foden are yet qualified to be this close to the top. They are in some elite company up there so you do give it a thought about if they deserve their spots. However, some big performances in the latter stages of the season could provide their rank with some justice.

What is going to be talked about the most is the top spot. Personally, I do not feel Neymar deserves a spot above Messi, no one does really. The numbers Messi has been cracking up, with a Barcelona team that is below par, to say the least when compared to their yesteryear teams, is absolutely astounding. Neymar has world-class support in Angel Di Maria and Mbappe, Messi on the other hand is making any support look world-class.