“Ghost Lab”: Netflix has released the trailer of the upcoming Thai Horror film 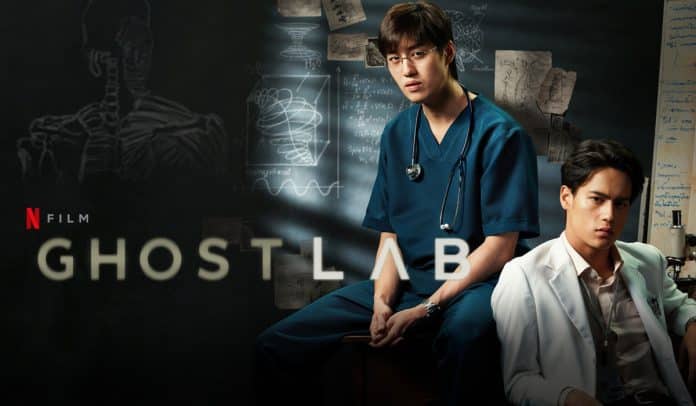 Netflix has recently dropped the trailer of the upcoming Thai horror-thriller film “Ghost Lab”. The supernatural Thai thriller movie is based on two doctors who become obsessed with proving ghosts scientifically after some haunting experience at their hospital.

The two doctor friends have witnessed a ghost with their own eyes after the afterlife experiment became wrong. After the incident, the pair breaches all the medical ethics, putting risk their sanity and their own lives to prove that paranormal activity is real.

The pair are also trying to prove the existence of the afterlife. The fixation and the extreme desire of the two doctor friends will stick them in a rabbit hole, for that will cost them their friendships and their loved ones. Sumithrin David directs the film.

Netflix has acquired the global rights of this film from GDH 559, a subsidiary studio of the Thai entertainment giant GMM Grammy. Due to the terrible Coronavirus outbreak, Thailand cancelled the release of this thriller. Netflix has also licensed the media from the filmmaking industry of Thailand GMM Tai Hub; it is one of Thailand’s most famous and successful studios.

The film is featuring Thanapob Leeratanakachorn as Gla, Paris Intarakomalyasut as Wee, and Nuttanicha Dungwattanawanich as Mai. You will find a long and lengthy history of these three actors in Thai television.

It is confirmed that the upcoming Thai horror film is going to release on 26th May on Netflix. The audience has to wait for a little longer to witness this incredible horror film. It is expected that this film will create a huge response among the viewers and also will provide some bone shaken horror experience.

Money Heist- Korea Joint: Everything We Need to Know about the Korean Adaptation of the Series

Wakanda Forever: All the Top Questions to Understand Wakanda’s Sequel

Baby: The New Teaser is Talking About a Sweet and Sour Love Story