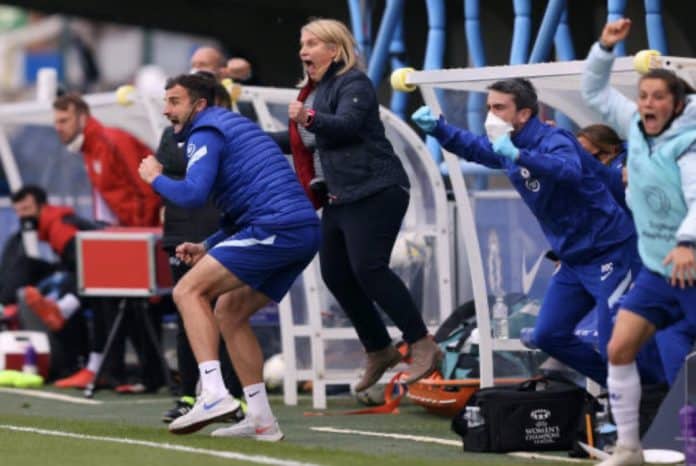 Heading into the match after losing the first leg 1-2, the tie weighed in favour of the Germans. However, Chelsea did more than enough to put four past their opponents while Bayern could only manage one.

Samm Kerr set up Fran Kirby for a 10th-minute opener, which was followed by a response from Bayern Munich themselves, with Sarah Zadrazil scoring an absolute screamer. However, a relentless second-half performance from Chelsea saw them net two late goals, building on the two scored by Kirby and Ji in the first half.

‘We’ve always had to play second fiddle to the men in European football. I hope this might encourage more English teams to think about it.

‘I also just hope there were little girls sitting at home, 10-year-olds, building their own stories. I never had [female football] role models and I hope these girls now do.’

Chelsea head into the finals on May 16 as the favourites to lift the title, and it will be the first time in well over a decade that neither a German not a French team will lift the crown.

Previous articleInter Milan win the Scudetto: Antonio Conte destroys what he created by ending Juventus’ streak
Next articleOPPO Reno 6’s specifications and price leaked ahead of May 22 launch