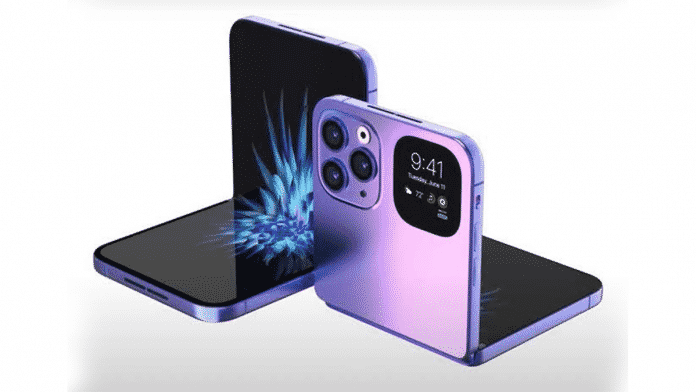 Apple analyst Ming-Chi Kuo has hinted that the tech giant might be working on a foldable iPhone that may quite possibly be released in 2023. Earlier similar speculations had emerged regarding Apple integrating the foldable technology into one of its devices and the rumored release date was in 2022.

In a note to investors, the early specs released were the device being an 8-inch QHD+ flexible OLED display. Nothing regarding the internal specs is clear as of yet. We have seen Samsung integrate similar technology into their device and they were the first ones to make the concept of foldable phones a reality. However, their device was met with a lot of criticism especially regarding the build of the phone.

Apple has had time to observe and improvise on its own foldable iPhone. Kuo believes that the upcoming iPhone will adopt a silver nanowire touch solution for the display, the implementation of this will create a “long-term competitive advantage” for Apple in the foldable device segment. Such technology is critical to support foldable devices that support more than a single fold.

Apple has been using the silver nanowire in their touch interface of the HomePod, this has enabled them to master it. Earlier reports had speculated Apple to use a ceramic shield glass in order to increase the phone’s tolerance while being folded. The foldable iPhone will come with stylus support.

The iPhone will have geared hinges and has gone through multiple rounds of durability tests in order to ensure the longevity of the device. Foldable devices are going to gain a lot more traction in the coming years as they integrate the functionalities of a mobile and a tablet in one power-packed device which is convenient to carry as well.