All the Upcoming Best Movies on Netflix in May 2021 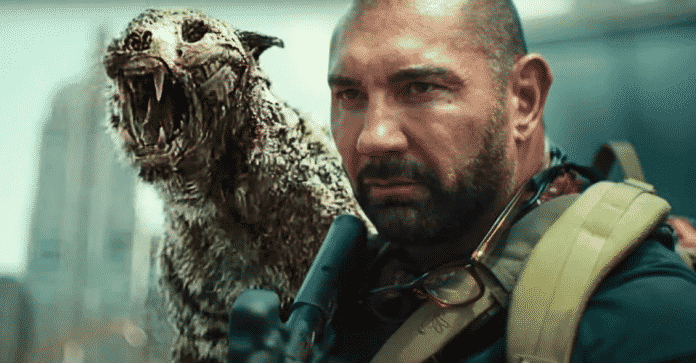 Netflix is ready to gear up to launch some summer-filled blockbuster movies, it will provide a kick-off with their incredible May lineup. It is expected that in the coming days also Netflix will fill its library with many original releases and shows.

In this May, Netflix will release all categories of the film, whether it is a thriller, rom-com, action, or horror. This month the bag of Netflix will be filled with some original releases like Monster, a psychological French horror film, Oxygen. Netflix also will release many Indian movies like Sardar Ka Grandson and Milestone.

Here is a list of the top films that will release in May 2021:

It is a crime drama film. It revolves around a murder case of a man’s daughter, whether the two childhood friends of the man have been linked to the case, one as a suspect and the other as investigating detective.

It is a very famous gangster movie by Brian De Palma. It is a story of a heartless drug kingpin who wants to murder anyone in his way but the rise of this gangster would not last forever after Tony threatens as the cause of his own downfall.

The story of this film is based on a teen law student who has collaborated with a brilliant journalist to break a conspiracy.

It is a biopic of John DeLorean. Alec Baldwin plays the role of John DeLorean. It depicts both the life and the career of DeLorean. The starting of his days at General Motors and continuing his target to build the best sports car in the world.

It is a story of a charming Harlem film student Steve Harmon whose life becomes upside down after he is charged with the murder case, and starts a very complex legal battle that will represent him as an incarcerated for the entire life, or cleared his name.

10.The Woman in the Window

It is a story of a hypochondriasis woman who lives alone in New York who starts spying on her new neighbors, she has done it just only to witness a disturbing act of violence.

It is a real story of Cesa Hogar who is an orphanage teetering on the edge of foreclosure in Baja in Mexico. It is based on a caretaker Omar Venegas who has sacrificed his life to bring up the young boys with integrity, after blowing through by Hurricane Odile, Casa Hogar becomes in danger about the closing of good.

If you want to watch some kind of traumatic drama then this film is the one. It is a story of an orphaned brontosaurus who collaborates with the other teen dinosaurs to reunite with their families in a valley.

It is an upcoming classic rom-com film. The story is based on a bookstore owner William and beautiful actress Anna. After the collision of the two worlds, Anna falls in love with a man that she had never thought of before.

It is an upcoming family drama of Kaashvie Nair who is ready to do anything for his grandmother. It is a cross-border love story for the masses. Arjun Kapoor, Nena Gupta, and Rakul Preet Singh will play the lead role in this film.

The story of this film is about a bereaved trucker who has faced many challenges of his existence while coping with the struggle of his loss and also the threat of losing his job as a young intern.

It is an incredible sci-fi film. It introduces a man named Michael J.Fox who goes back to the ’50s for a wonky experiment done by his friend Doc Brown.

It is an action thriller movie. This film is featuring Steven Seagal who is an ex-NAVY SEAL who will catch a crew of mercenaries which is led by Tommy Lee Jones.

2.Army of the Dead

The story of a woman who became stuck in a cryogenic chamber without any idea of how she got there, now she has to find a way out from there before the air running out and she has also lost her memory.

Previous articleSpaceX’s Human Landin System word suspended by NASA due to an investigation
Next articleFacebook, Instagram ask users to Allow Tracking on iOS 14.5 to help keep the apps “Free of Charge”