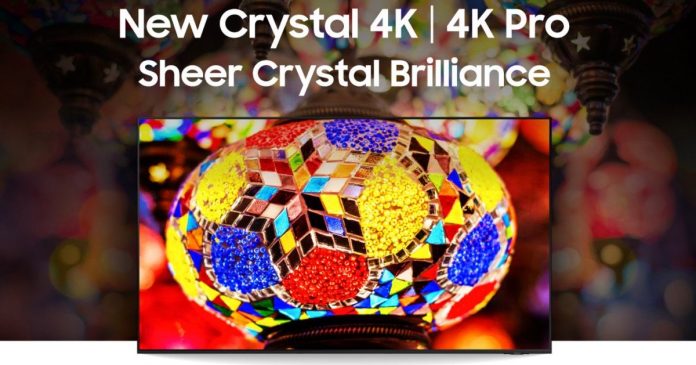 Samsung, the South Korean Electronics giants, is expanding in India with its smartphones and their Television. According to a tipster, Mukul Sharma, Samsung is ready to expand its new smart TV portfolio in India.

He states that the company will launch Samsung Crystal 4K TV series in the country, which will come with two TV sets: Crystal 4K Pro and Crystal 4K TV. Both the TVs will provide an amazing experience to their viewers with a 3-side bezel-less design. The chin of these sets can be a little thick. By the looks of the TVs, these might enter into the premium category in India.

The tweet also reveals that they will have 4K displays with up to a billion colours. It will also come with a Motion Xcelerator which is known to refresh the display twice as fast. The TV sets will be available for pre-orders starting 2nd May in India. You can order through Flipkart and Amazon.

Also Read: Samsung M42 5G launched in India with Snapdragon 750 at an introductory price of Rs.19,999

According to the same tweet, Samsung’s e-store will provide up to Rs 3,000 bank cashback. Other specifications of both the TVs are yet unknown but we might expect to surface soon. Samsung is highly regarded in the Indian smartphone market. It will be interesting to see if these new products can help them achieve the same status in the smart TV market as well.