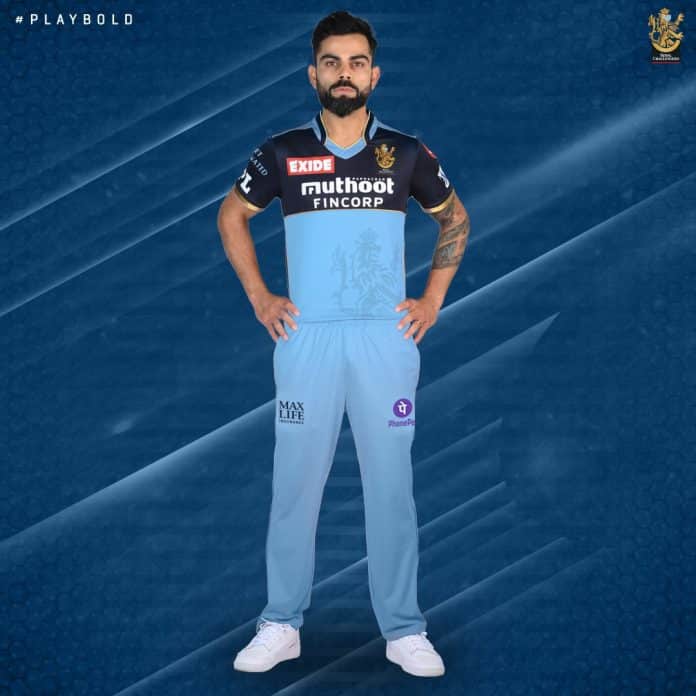 Royal Challengers Bangalore captain Virat Kohli came forward to inform that his team has unveiled a new jersey with blue colour, which is solely commenced to pay tribute and display solidarity towards the frontline workers during the COVID-19 pandemic.

RCB’s blue jersey will be sported in one of the upcoming matches they play in the IPL. The jersey is also displayed in their tweet, with messages urging everyone to wear a mask outdoors.

For some time over a year now, this virus has persisted and has made everyone’s lives extremely adverse. But the healthcare workers have always stepped up whenever needed. Putting their own lives in danger, they have always been present in PPE kits to aid the Coronavirus patients.

As per the latest update by the Union Health Ministry on Sunday, there have been a little under four lakh cases reported, with the death count going way beyond 3000. All of this adversity with the IPL going on side by side called for some aid in any possible form from the said direction, and it arrived with the face of Virat’s RCB.

RCB posted a video on their Twitter handle, in which Kohli was seen addressing the fact that there are multiple areas in which our medical workers might require help. He further mentioned that RCB has identified the areas where the healthcare workers in India desperately need aid in terms of infrastructure and finance. The issues related to the scarcity of oxygen supply have been prominent for quite some time now. Therefore, RCB have decided to make a financial contribution towards assistance in the aforementioned cause in different cities including Bangalore.

In the video tweet, there was also a significant mention of RCB’s decision to hold an auction for all the signed jerseys from their upcoming match in order to raise money and add it to the mentioned contribution.

Share
Facebook
Twitter
Pinterest
WhatsApp
Linkedin
Previous articleZidane insists Real Madrid will give their all to win La Liga and UEFA Champions League double
Next articleOPINION: Millions are spent on IPL 2021 whereas India is facing a shortage of all kinds due to the second wave of the COVID-19 outbreak