Google eyeing to include more preinstalled apps in its Chromebook 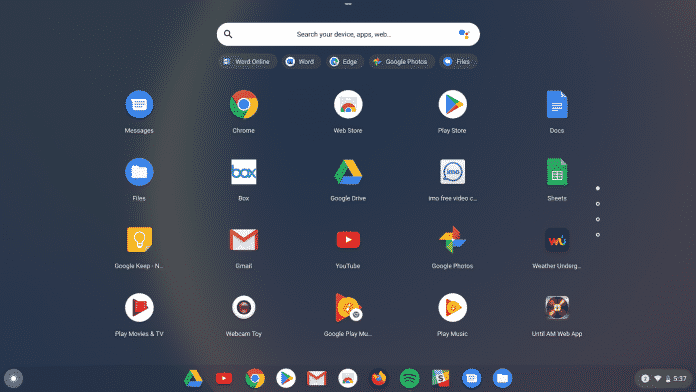 Google’s Chromebooks is of course one of the best option to buy if you are considering using ChromeOS then nothing better than the creator’s device itself. However, Google has a bad habit of putting in a very less number of preinstalled software when compared to ordinary laptops.

The preinstalled software which they contain includes, Chrome, Gmail, Play Store, and the other Google apps and an expected list of utility shipping out-of-the-box. But according to the latest sources, Google is now considering expanding the list of pre-installed Chrome OS apps to include Google Meet and Google Chat. This tip comes thanks to a pair of new feature flags that have been spotted by 9to5Google.

– Enables the Chat web app to be installed by default.

– Enables the Meet web app to be installed by default.

Google Meet has become extremely popular due to the pandemic and It makes sense for Google to include it since it’s used by both businesses and normal consumers. Also, Google Meet might eventually replace Duo Google Chat.

Google Chat is also being included and since it’s supposed to replace hangouts, the inclusion makes sense. However, Google Chat remains quite unappealing for most users. But, with Google aiming their Chromebooks mainly for people in Education and Enterprise, the company perhaps wants to make sure that users have everything they need right from the beginning.

But, Google still prefers Chrome OS users using web apps more than Android Apps. “Native apps can also handle things like offline scenarios gracefully, but the web is the superior platform for services that require a persistent connection to be useful”.

Share
Facebook
Twitter
Pinterest
WhatsApp
Linkedin
Previous articleAll the upcoming Movies on Amazon Prime Video in May 2021
Next articleOFFICIAL: Manchester United vs Liverpool Premier League match has been postponed due to fans protest at Old Trafford