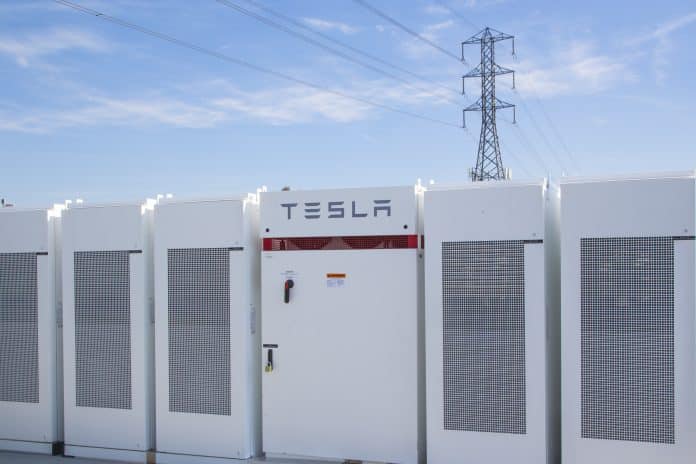 A resident of Rockford, Illinois, Gene Frakes, became a Tesla Energy customer after watching a video of snow effortlessly sliding off one of the company’s new solar roofs. It was just the proof Frakes, a skydiving instructor, was looking for. He wanted to know if Tesla’s innovative glass roof tiles with embedded solar cells would work just as well in snowy climates as they do in sunnier parts of the USA, like California.

“That was impressive,” Frakes, 50, told The Verge.

But his excitement was crushed soon after he received an email from Tesla informing him that a 54 percent jump will be seen in the price. The original estimate for the 10.58kW project would be increasing to $53,649 from $34,743, said the email.

“It seems so incorrect that I could hardly believe it,” Frakes said.

Tesla’s massive price increase irated a lot of customers that were awaiting the installation of their Tesla solar roofs. The prices sometimes went up by as much as 100 percent. The Verge spoke to 11 of such Tesla solar roof customers around the country commiserating with each other in chat groups, who have canceled or are considering canceling their orders. They are airing their grievances online and launching petitions to raise awareness about the issue. Some are even considering filing a class-action lawsuit against Elon Musk’s company.

Tesla offers two solar products: conventional solar panels, installed over a customer’s existing roof; and a complete solar roof, which replaces the current roof slats with ones capable of soaking up the sun’s rays and transforming it into energy. The solar roof is “designed to look like asphalt, slate, and Spanish barrel tiles to fit the style of each home.”

Later, Tesla revealed that it had underestimated the complexity of some of the roofs. Musk, Tesla CEO, on April 26th, admitted as much in an earnings call saying that the company had made “significant mistakes” in how it calculates the installation costs. Some aggrieved customers were offered free Powerwall home batteries if they renewed their orders.

But this attempt to soften things up may not work as even before the price increases, solar roof customers were filing lawsuits claiming Tesla had destroyed their credit rating by reporting loans they never requested. Tesla’s celebrated solar business, which it originally acquired in 2015, (SolarCity, a company owned by Musk’s cousin), has received another self-inflicted wound.

Amr Kader, an OB-GYN from East Greenwich, Rhode Island, had taken out two loans in early March and started paying down the premium. All was going well as he had received the necessary permits from his utility company and the local township. Kader, who also owns a Tesla Model Y, was excited about adding another Tesla product to his lifestyle.

But he received word from Tesla, days before the project was set to begin, that it would be rescheduled for late April. After that, due to the company’s inability to secure an installation crew in Rhode Island, he was told his project would be delayed indefinitely. After some back-and-forth, Tesla informed Kader that it would also be raising its price by 30 percent to $3,000.

“ABANDONMENT OF CONTRACT, EXTORTION AND DELIBERATE MISGUIDANCE AND MISINFORMATION”

Kader filed a complaint with the state attorney general’s consumer division, accusing Tesla of “abandonment of contract, extortion and deliberate misguidance and misinformation.” He also has been in contact with a lawyer about filing a lawsuit against the company and hopes to see Tesla’s license suspended or revoked in his state.

As for his own order, Kader’s initial reaction was to dig in his heels. “I did not cancel my signed contract and made it clear I am not canceling,” he said. But ultimately he decided to not move forward with the project. And he began shopping around for other, cheaper solar roof products.

“Honestly, I wouldn’t trust them installing my roof even if they would honor the original contract,” he said. But the Model Y in his driveway serves as a constant reminder of the whole debacle.

“It definitely made me feel not proud any more of riding my Tesla car,” Kader admitted, “[and] advertising for them.”

On paper, it seems that Tesla’s energy division is booming. 92 megawatts (MW) of solar energy in the first quarter of 2021 were installed by the company, more than twice as much as the first quarter of 2020 — its strongest quarter in two-and-a-half years. $494 million in sales were generated by Tesla on its solar roofs, including storage products like the Powerwall battery. An 18 percent increase compared to 2019 was seen in 2020 as Tesla installed 205 MW of solar energy.

In the earnings call, Musk claimed that demand for Tesla’s solar roofs “remains strong.” But overall, the division is unprofitable and in recent years, the company has gone from the biggest rooftop solar installer in the US to a distant second, falling behind to San Francisco-based Sunrun.

ALMOST FROM THE BEGINNING, THE DEAL PROVED TO BE A THORN IN MUSK’S SIDE

Almost from the beginning, the SolarCity acquisition proved to be a thorn in Musk’s side. Critics called it a “bailout” of the struggling SolarCity, which had piled up massive amounts of debt over the years. A number of Tesla shareholders alleged that Musk overvalued SolarCity and did not properly recuse himself from the deal.

“It’s been choppy, to say the least,” Ives added, “since Tesla has really focused on solar the last few years. It’s between competition, pricing, and execution issues. I think they’ve gotten some upward momentum over the last nine to 12 months, but it’s definitely been more of a black eye on the overall Tesla story.”

Seth Blumsack, professor of energy and environmental economics at Penn State, claimed that Tesla’s decision to jack up prices on its solar roof customers also flies in the face of the trend of falling prices for solar installations overall. The price of conventional solar panels that are installed on top of a customer’s roof — which is different from Tesla’s solar roof — has gone down 90 percent over the last decade.

“The pace of these cost declines has been just even beyond what even a lot of experts had predicted,” he said.

According to the Solar Energy Industries Association, the pace of installations has been growing to the point where they are about 13 times greater than they were a decade ago.

Texas resident Wissam Mehio promptly canceled his order after Tesla informed him that it would be increasing his price to $104,000 from the previous estimate of $69,000.

“Tesla was so happy to see me go, my $100 [deposit] was refunded to my credit card less than 24 hours later,” he laughed.

It was particularly disappointing given how Mehio had started telling friends how proud he was about his new “beautiful solar roof.” Given that Tesla had said that the price it gave him was an estimate and would likely change once an onsite assessment is done, he even expected a little price increase and had budgeted an extra $5,000-10,000 for it. But slamming him with a 50 percent increase before coming out for the onsite assessment made canceling a “no-brainer,” Mehio said.

“With such a move, I feel Tesla Energy wants to transition back from ‘solar for everyone’ to ‘solar for those who don’t count their money,’” he added. “No hard feelings, but I’m out.”