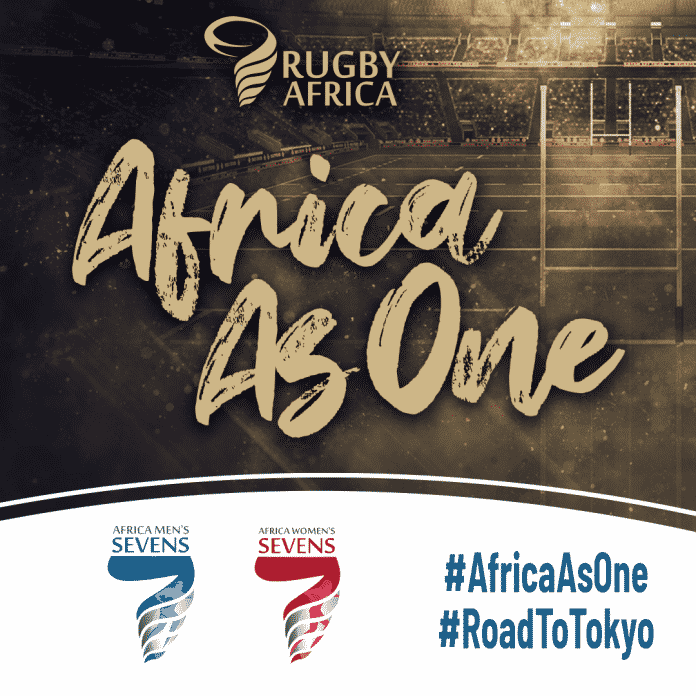 CAPE TOWN, South Africa, April 29, 2021/ — In the spirit of uniting Africa through sport, Khaled Babbou The President of Rugby Africa officially launched the #AfricaAsOne campaign, which has set off to echo support for all of Africa’s representatives, taking African Rugby to the international field of play. Speaking on the freshly cut green, he emphasised Rugby Africa’s commitment to delivering teams from their preparation games, all the way to international fixtures such as the Olympic Games and others.

Through the leadership of Rugby Africa, African teams will be coming together to prepare the qualified teams for the Olympic Games and Olympic Repechage, with friendly tournaments and shared preparation camps.

With Covid-19, opportunities to play have been limited and it has proven difficult for some teams to travel outside Africa. This will be a first of its kind initiative, where the term Solidarity really takes on its full meaning. Teams will share their experiences and learn from each other in the process. Even though these games are only friendly encounters, teams will gauge themselves against some of the best teams on the continent, to prove that they can compete at the highest level.

On behalf of Société Générale, Pierre Caillaud, Head of Sports Sponsorship said, “We are happy to emphasise our support for the development of Women’s Rugby on the continent, through our participation as a sponsor for the Women’s Sevens Solidarity Camp. Société Générale and Rugby have a long history, over 30 years of commitment based on shared values: team-spirit and respect.  Ever since, the partnership has continued to grow stronger and build initiatives at all levels, from grassroots to professionals, both locally and internationally.

According to Paula Lanco, President of the Women’s Rugby Advisory Committee, the year’s camp is scheduled to start on the 29th of April and is expected to end on the 9th of May. It will be hosted at La Maison du Rugby in the sunny capital of Tunis, in Tunisia.

Speaking on the sidelines, Maha Zaoui, Women’s Rugby Manager, teams are set to arrive on the 29th of April with key tournament dates being on the 1st, 2nd, 7th, and 8th of May. Further to this expected to be part of the encounter are teams from Kenya, Tunisia, and Madagascar.

Amara Nouredine, Director of the Tunisia Rugby Union, also had the opportunity to share hisexcitement in hosting the inaugural event, bolstering her organisations support of the #AfricaAsOne campaign, which is broadly speaking to the Covid-19 challenges the game has faced in the last year. As the host country, Tunisia counts on the support of their fans on social media even though they can’t be present in the stadium due to Covid.

Camilyn Oyuayo, Team Manager of the Kenyan Lionesses, expressed her excitement for her pride of players, noting that they had worked exceptionally hard to achieve a high level of fitness and endurance, in time for the Women’s Solidarity Camp. This was due to the Kenyan Lionesses having commenced the preparation campaign with participation in the Madrid 7s and Emirates 7s tournaments. Camilyn is convinced that working from the successes and lessons of the past is the greatest asset that the team holds. In many ways Rugby has entered a new normal, but the invaluable lessons of the past still hold their worth in the game today. As the coaching staff, our goal is to be clerics of Rugby, willing and able to share the story of the game with both amateur and professional players.

Victor Lie-Andriavelomanana, CEO Malagasy Rugby thanked Rugby Africa for showing its commitment to the sport through the Covid-19 pandemic, which assures fans and players alike that its leadership is dependable and here to stay in the name of Rugby. He appropriately emphasised the focus and determination of his staff and players, whom he believes will raise the flag of Madagascar high, as they have ordinarily done in the past years.

Streaming live from Rugby Africa platforms, this year’s Women’s Sevens Solidarity Camp will be yet again another progressive milestone for the inclusion of women into the sport. Setting the tone for up-and-coming sports women on the continent in Rugby, the Women’s Solidarity Camp aims to achieve an exemplary showcase of talent and performance.