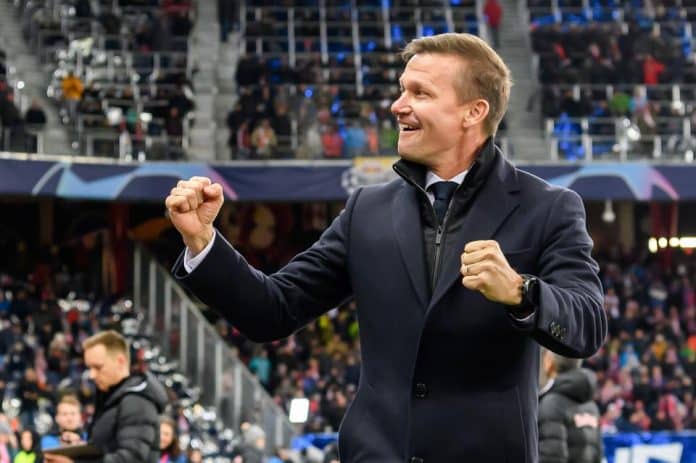 Jesse Marsch will be replacing Julian Nagelsmann as the coach of RB Leipzig this summer, since Julian Nagelsmann has been confirmed to be going to Bayern in July, when the season ends. Speaking on the transfer on the Here We Go podcast, Fabrizio Romano confirmed that it wasn’t an easy negotiation and it was like signing a player with no release clause.

Leipzig will receive €25 million with bonuses, which makes it a historical fee considering he is the most expensive manager in the history of football. The Red Bull group will receive €18 million guaranteed and the rest is included in bonuses. Nagelsmann has signed a 5 year deal that will keep him at Bavaria till 2026.

Roma were trying to sign him too, along with Tottenham being interested in him, but the 33-year-old always said the priority for him is Bayern Munich.

Flick will be the new Germany manager immediately after Euros. He received some calls from clubs but always said the World Cup is priority. Everything will be complete in the next few weeks, and will be announced for sure once the season ends.

Marsch has been with the Red Bull group since 2015, coaching New York and Salzburg and winning the domestic double in 2019 with the latter.