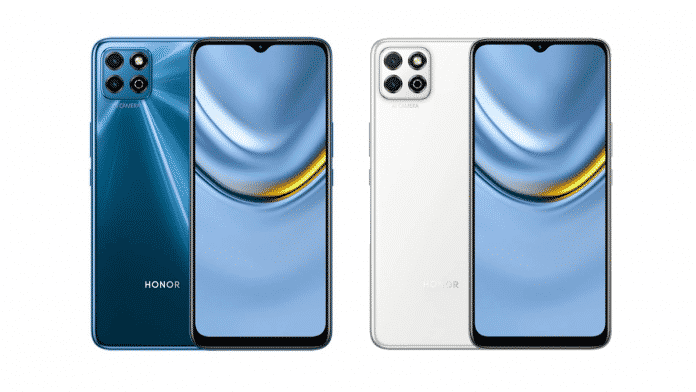 Honor has silently declared the latest smartphone known as the Honor Play 20 in China. It is suggested that the design of the smartphone could be the KOZ-AL00 4G LTE phone. It was currently certified by the TENAA authority in China. The budget smartphone from Honor is now available at the starting price of 899 Yuan (~$138) in their home market.

The Honor Play 20 is manufactured with a 6.5-inch IPS LCD panel that can support an HD+ resolution of 720 x 1600 pixels. It has a waterdrop notch display that supplies a screen-to-body ratio of 89.3 percent. On the front side, has a selfie camera of 5-megapixel. On the backside, it has a squarish camera with an LED Flash, a main camera of 13-megapixel, and a depth of 2-megapixel.

The smartphone gets power from the 12bn Unisoc Tiger T610 chipset, which contains 2 x Cortex A75 cores clocking at 1.8GHz and 6 x Cortex A55 cores. The processor is working at 1.8GHz along with a Mali G52 GPU with clocking speeds of 614.4 MHz. The Play 20 has 8GB of RAM and 128GB of storage. It has also an additional storage facility via a micro-SD card slot. It has an older android version of Android 10OS, which is equipped with Magic UI 4.0. The device is charged by a 5,000mAh battery.

Share
Facebook
Twitter
Pinterest
WhatsApp
Linkedin
Previous articleOFFICIAL: EA Sports reveals the Premier League Team Of The Season coming out on 30th April
Next articleAMD’s Radeon RX 6000M GPUs are in line to be launched by the Q2 of 2021