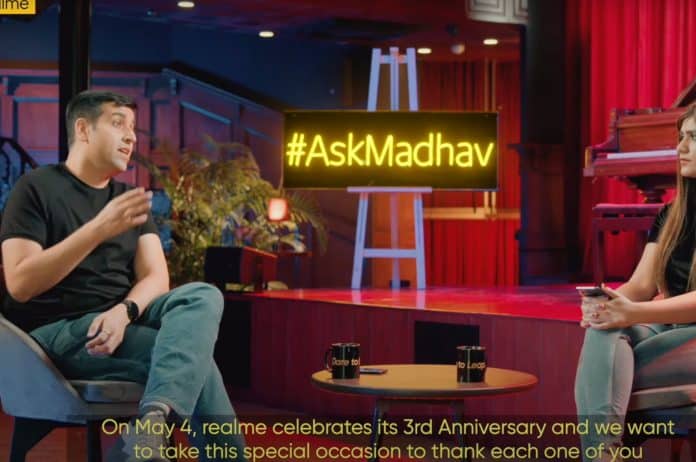 In the middle of the episode while describing Realme‘s aim to become India’s 5G leader Madhav had also added that the company is planning to launch some new products as well. He added, on May 4th Realme will celebrate its 4th anniversary by launching few new products. Madhav also mentions that it will be all about India’s first MediaTek Dimensity 1200 powered smartphone and it will be equipped in Realme’s next flagship smartphone for India.

Along with the flagship smartphone, he was also mentioning its Realme TV experience, and there we might see the launch of another Realme smart TV with enhanced user experience and all.

Realme had teased the launch of a Dimensity 1200 powered smartphone with the keyword ‘Max’ at the launch event of Realme 8 5G in India. So the upcoming MediaTek Dimensity 1200 powered smartphone from Realme might be named Realme X7 Max. The ‘X’ series is Realme’s flagship series in India and the Realme X7 Pro was its last flagship device for India which was powered by MediaTek Dimesnity 1100+ chipset.