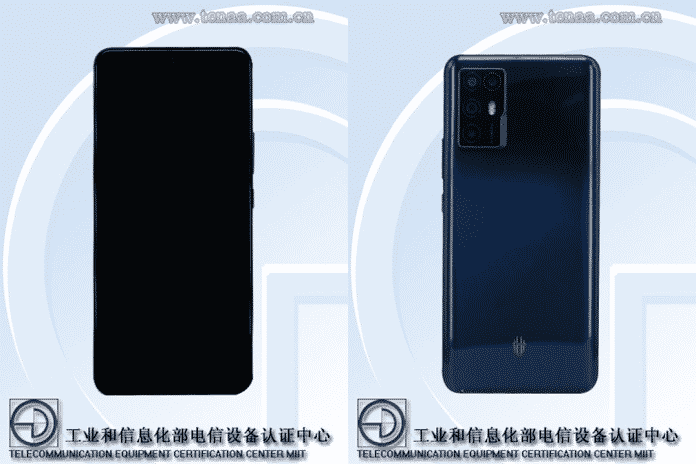 A few weeks ago a new Nubia Red Magic smartphone had surfaced on the famous TENAA website revealing some of its specifications and the outer design of the phone. That phone’s model number matches the model number of the Nubia Red Magic 6R which is recently spotted in the Bluetooth SIG Certification.

According to the certification image, it is not clear if both the names for the smartphones belong to one device or not. This might happen that both belong to the same device.

This new Nubia smartphone has been spotted with a bunch of specifications and few images of it in the listing. To let you know beforehand this smartphone is not a flagship device of the brand. Rather a mid-range smartphone, that might keep up with the hard and tough competitions going on in the smartphone world with its proper and reasonable offerings.

Now let’s see the design of the smartphone first. The phone looks clean from the back unlike the Nubia Red Magic 6 series with only a Red Magic logo at the bottom of the back panel. The smartphone has a quad rear camera s at the back and a single punch hole at the front. There are volume rockers and a power button on the right side of the phone.