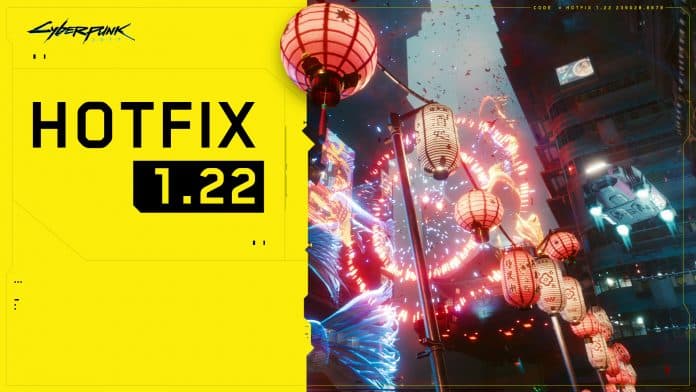 The new Cyberpunk 2077 1.22 hotfix is here to make the game better and bring some much-needed fixes for gameplay as well as visual issues, performance improvements, and much more.

The game devs have listened to fans and helped to bring some quests, open world, and visual fixes. Also, you have memory management improvements that should reduce the number of crashes as well as other optimizations on consoles. Here are all the improvements: