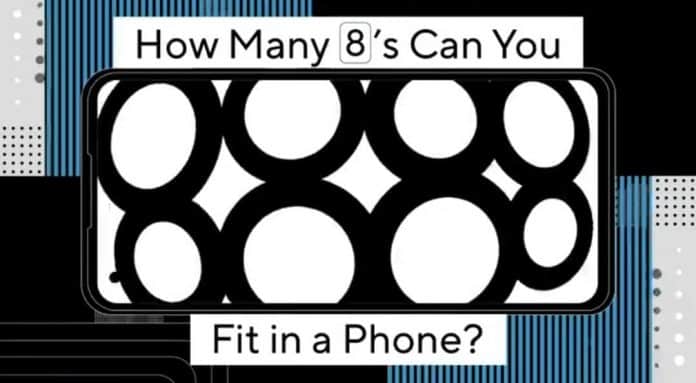 Asus is preparing to launch the Zenfone 8 series on May 12. The series is expected to come with two different smartphones, where the vanilla version is expected to be the Asus Zenfone 8 and the pro version Zenfone 8 Pro. Though the company has not revealed any official names of the device but has shared a video trailer hinting at some of its specifications ahead of the launch.

The trailer video shared by tipster Abhishek Yadav shows a device from the front side which has a single punch hole camera cut. The video shows two things, one where the company is asking to guess how many “8”s are there on the screen and the other one is to guess how smooth the screen is.

This video is clearly hinting that the upcoming Asus Zenfone 8 series smartphones will have a Snapdragon 888 processor and it will get a pretty smooth display. The display might be of 120Hz refresh rate. Though the company has not mentioned anything clearly, it seems pretty clear from the video that what we mentioned earlier might be the case.

One of these smartphones have been spotted in Geekbench listing. The listing reveals that the listed device will be powered by a Snapdragon 888 chipset paired 8GB RAM. The phone seems to run on Android 11. Nothing more has been revealed. The Geekbench listing also shows single and multi core scores of the device. The model number of this device is ASUS_IOO4D and it has a single core score of 1124 and multi-core score of 3669.