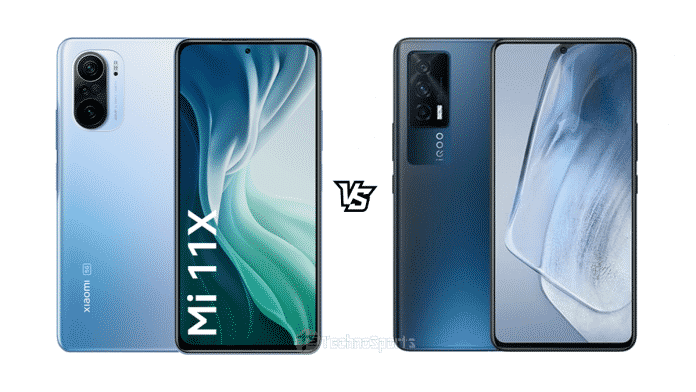 Mi 11X and iQOO 7 are two base smartphones from their respective series launched recently. Both the devices are launched with Snapdragon 870 processor and both of them have the same variant of 8+128GB priced under Rs.32,000. We can see both of them are almost similar in the price range. So let’s see which one is better and why.

Mi 11X flaunts a 6.67-inch E4 AMOLED FHD+ display and has a high 120 Hz refresh rate. On the other hand iQOO 7 sports a 6.62-inch FHD+ Super AMOLED panel and has the same refresh rate as Mi 11X. The difference between the two is not much significant here.

Both the smartphones are powered by the Octa-core Qualcomm Snapdragon 870 mobile chipsets and have the operating system of Android v11.

There is nothing to distinguish when it comes to the processor but due to the Super AMOLED display, iQOO 7 takes the win in the display aspect. The primary lens of iQOO 7 comes with OIS whereas Mi 11X does not bring this feature. The supporting cameras of the iQOO 7 are better than Mi 11X as clearly seen. Although the battery cell of the Mi device is bigger, its fast-charging supports is half that of iQOO 7. Thus, in our opinion, we will go for iQOO7 because the price of the handsets (8 GB RAM + 128 GB) are the same.