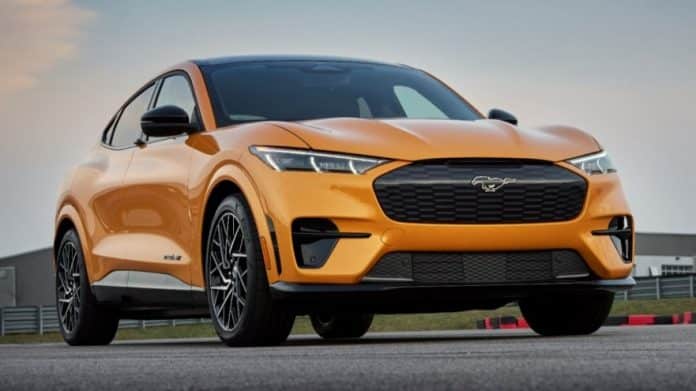 Ford announced that starting from tomorrow it will accept orders for the GT and GT Performance variants of its first electric Mustang. The company unveiled that the GT version starts at $59,900, while the Mustang Mach-E GT Performance has a starting price of $64,900.

The GT version of the electric SUV comes with a track mode which “provides more performance-oriented traction and stability control tuned specifically for track use.” There are many aspects of the design which make these electric Mustangs separate from each other. The pony logo on the front grille lights up, and there is a big GT badge at the rear. Ford’s GT logo is also stitched into the centre console. Both come with red brake callipers and have Ford Performance seats in the front row.

Of course, Ford doesn’t want to be compared to Tesla. Still, the early sales of the electric SUV meet Ford’s expectations, despite several relatively isolated issues with some of the first Mustang Mach-Es that made it to customers. And the new GT variants are also expected to sell at a high rate while boosting the company’s profits.