‘Ted Lasso (Season 2)’: The Release Date has been confirmed 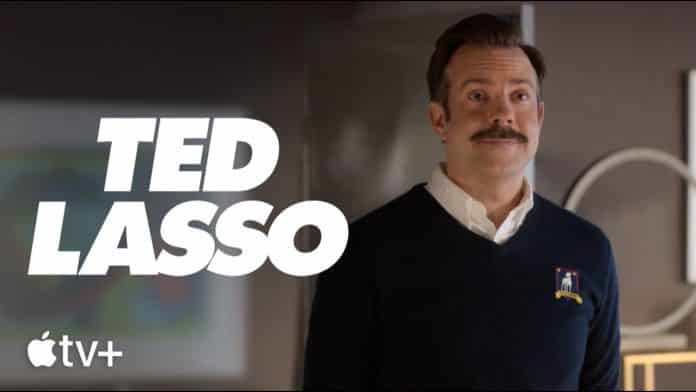 All the events of Apple were contained with full of hardware and latest products. Recently the company has taken some time to release a fun show by revealing a new trailer for the second season of Ted Lasso.

This show features Jason Sudeikis as a positive perpetual football coach who has taken a gig by helming an English soccer team; it has become one of the blockbuster hits on Apple TV Plus. The company is fledging the streaming service.

In the season 2 episode of the show, the story reveals Lasso as a leading AFC Richmond along the season of turmoil and the club that is currently relegated to the lower league. It is the main reason that it just looks as charming as season 1, with many folksy expressions and the same actors of beloved characters.

In this character, we will see Hannah Waddingham, the owner of AFC Richmond. This woman offers Ted Lasso a cocktail in the earlier section of season 2 and later says that she is dating a person named John.

The role of Keeley Jones is played by Juno Temple. She is an employee of AFC Richmond. We will see her in multiple scenes with her boyfriend Roy Kent.

It is performed by the actor Brendan Hunt. He is the assistant of Ted. In many shots, he has been appeared and also make a New York jets joke.

Nick Mohammed reprises his role as Nathan Shelley. He is the kit man of the team promoted to the assistant coach in season 1. We will see him in the middle of the trailer stating that AFC Richmond is a little unlucky.

Jeremy Swift is performing the role of Leslie Higgins, the operational director of the AFC Richmond. In the various scene, he has appeared and giving suggestions to hire a sports psychologist.

Brett Goldstein is performing the role of Roy Kent. He is a veteran AFC Richmond player who is dating Keeley and considers retiring. He has been seen smiling at his girlfriend on a bench in the trailer.

Toheeb Jimoh is featuring the role of Sam Obisanya. He is an AFC Richmond player from Nigeria. He is speaking elaborately during the press conference.

Cristo Fernandez reprises the role of Dani Rojas. He is also an AFC Richmond player from Mexico. He has been seen in several matches.

James Lance is starring in the role of Trent Crimm. He is a journalist for The Independent.

Stephen Manas reprises the role of Richard Montlaur. He is an AFC Player from France. In the trailer, we have seen him giving a perplexed look to Sam.

Kola Bokini featuring the role of Isaac. He is the vice president of the AFC Richmond. In the trailer, we have seen him in the celebratory moment.

Annette Badland is performing the role of Mae. She is a local pub owner. In the trailer, we have seen that she is reacting negatively to an AFC Richmond.

The expectation of Season three

Here is good news for the fans of Ted Lasso that this show has already been renewed for season three. The creator of the show, Bill Lawrence, exposed that it is season three-story architecture.

He also has said that he would desperately try to bring Mr Sudeikis to do after season three. For the season four episode, there is the only way Ted went and trained a football team that would play about a block from Jason’s house.

Apple TV has confirmed that season 2 of this series will release on 23rd July 2021.