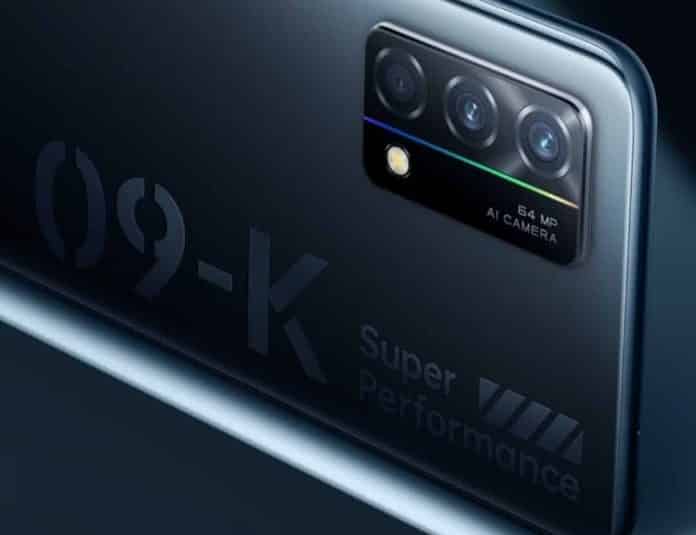 Oppo K9 5G will be launched in China on 6th May along with six other non-smartphone devices. The smartphone will be equipped with Snapdragon 768G chipset and the first one to come with this chipset. Oppo has already revealed some specifications of the smartphone ahead of the launch in various promotional posters and now the company has revealed most of the details on its official website.

The upcoming Oppo K9 5G will feature a 6.43″ FHD+ OLED Display with a 90Hz refresh rate and 180Hz touch sampling rate. The phone will be equipped with a Snapdragon 768G 5G processor paired with 6GB RAM.

There will be a triple rear camera setup featuring a 64MP primary sensor and at the front, we will get a 32MP selfie camera. It will be running on Android 11. It is powered by a 4,300mAh battery that supports 65W fast charging. The phone has an in-display fingerprint scanner and 3D VC+ graphite liquid cooling.