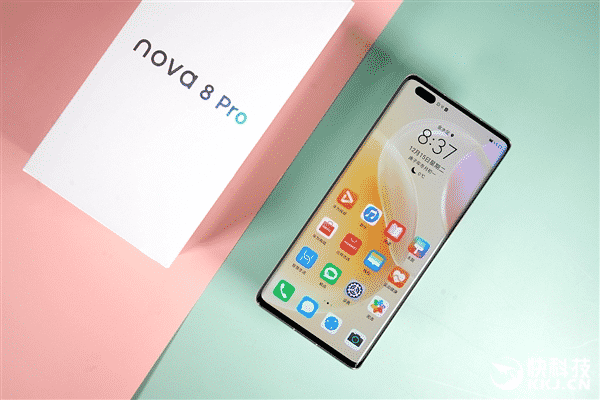 Last December Huawei announced the Nova 8 Pro 5G, and recently the company is following up with a 4G version of the device. It is basically the Nova 8 Pro 5G without any 5G connectivity. The Nova 8 Pro 4G has come with a Kirin 985 SoC, it also has Android 10-based EMUI 11.0, it has two memory options including 8GB+128GB and the other is 8GB+256GB.

The Huawei Nova 8 Pro 4G features a 6.72inch Full HD+ 120Hz OLED screen which has an in-display fingerprint scanner. At the top-left corner, it has a punch-hole cut-out for the 16MP wide and 32 MP ultrawide cameras.

On the backside, it has a quad-camera setup, it is a combination of a 64MP primary, 8MP ultrawide, 2MP depth, and also 2MP micro-units. This latest device is available in four colors and is powered by a 4,000 mAh battery that supports a 66W charger. Huawei states that the bundled 66W charger can fill the battery cell from 0% to 60% within just 15 minutes, and it takes another 20 minutes to charge up to 100%.

Share
Facebook
Twitter
Pinterest
WhatsApp
Linkedin
Previous articleMadhav Sheth talks about Realme aiming to be a 5G leader in India, Realme 8 5G, laptops and others
Next articleIPL 2021 – PBKS vs KKR: Fantasy XI team, prediction and how to watch the match live in India?