FC Barcelona is having an unstoppable LaLiga run in 2021 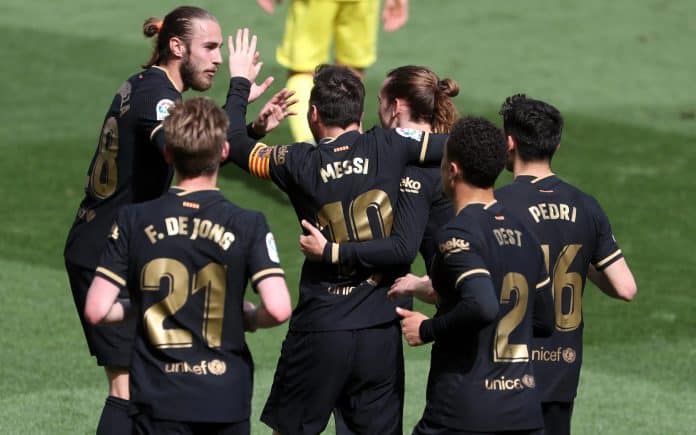 The Blaugranas under Ronald Koeman has a new phase as the squad faces a transformation; we have a lot of young players alongside the experienced ones like Messi, Pique, Ter Stegan, Busquests, Griezmann and others.

Though they had been thrashed by PSG in the Champions League and lost to Athletic Bilbao in Super Cup, the recent Copa del Rey win has indeed injected new energy into the team. Even though they had some difficulties in those games, FC Barcelona’s LaLiga campaign for 2021 has been amazing.

Yes, Koeman’s team has scored 46 points in their last 17 games, winning 15 games, drawing just one game and the narrow loss in the El Clasico against Real Madrid. However, this is the finest run by any LaLiga team so far, and it shows how determined Messi and his team is to win the Spanish title.

Koeman has tried different systems and players in a different role; however, he has found the three CB system as the best ones; as we already know, Barcelona had defensive issues more than attacking ones. This has helped wing-backs like Dest and Alba attack down the flanks, and Messi playing the much suited central role.

Players like Griezmann, De Jong, Alba, and Mingueza have recently been in their finest form recently, which has helped ageing players like Pique, Busquets, and Messi to show their best performances off late.

Koeman has drastically reduced the team’s average age by introducing players like Pedri, Illaix Moriba, Serginio Dest, Ronald Araujo, and Oscar Mingueza. Also, who can forget the energetic Rique Puig, but Koeman doesn’t trust him as much he does Pedri, who needs rest some much-needed rest.

Messi is also giving the utmost best this season, scoring 25 goals with six games still remaining. This team so far has reached the stage which fans never did expect to and can hope the Blaugranas can lift the LaLiga trophy finally this season.

Share
Facebook
Twitter
Pinterest
WhatsApp
Linkedin
Previous articleACL – Al Rayyan vs FC Goa: Lineups and how to watch the match live in India?
Next articleZero Point: Batman is here to unravel the mysteries of Fornite Island