Samsung Galaxy A22 5G appeared in renders and Geekbench 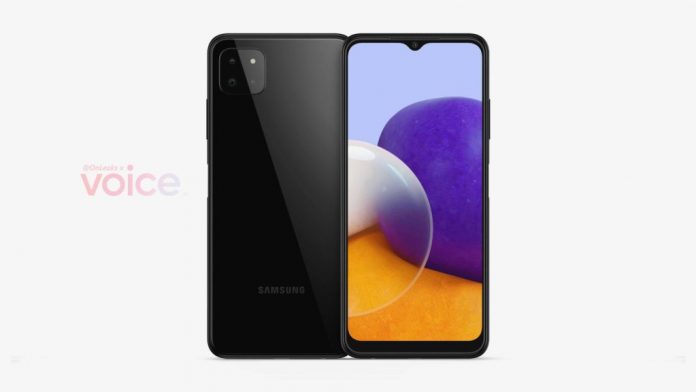 Samsung is about to launch the Galaxy A22 smartphone very soon and it is said to be the most affordable 5G smartphone in the market. However, several markets like India may get the 4G variant of the Galaxy A22 as well, as the Galaxy A22 4G has already been listed and approved by the BIS (Bureau of Indian Standards) website with the model number SM-A225F. So, the launch is expected to be very soon. However, the same device has been spotted on HTML5Test benchmarks, revealing that it will run on Android 11 OS.

As per the comparison of the 5G model, the Galaxy A22 4G will feature the same design as the Galaxy A22 5G. Well, it is obvious that the performance will be better with the 5G chipset. As of now, it is not confirmed that by which chipset, the Galaxy A22 5G will be powered. However, we can expect the Dimensity 700 or 720, or even Qualcomm Snapdragon 480 chipset.

Coming to the camera section, the Galaxy A22 5G will have a triple rear camera setup that includes a 48MP primary sensor along with an 8MP ultra-wide shooter and one other sensor (probably 2MP macro). For selfies, this phone is likely to have a 13MP selfie snapper at the front.

The RAM/storage variants of this phone have not been confirmed yet. In terms of connectivity, this phone is said to have support for a 3.5mm headphone jack. This phone may arrive in four different color options: gray, white, light green, and purple, and the pricing is expected to be under 229 euros (~Rs 20,450).