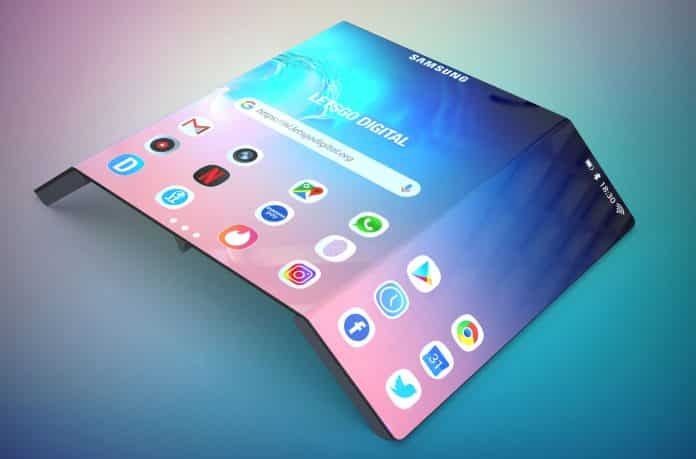 When we heard a while ago that the South Korean tech giant Samsung Electronics is working on its tri-folding designed Galaxy Z Fold Tab, we were taken by a shock. All the tech enthusiasts were anxious to see Samsung unfold the new device. However, the latest sources indicate that the South Korean tech giant is working on something that is even more shocking than the tri-fold Tab.

According to the latest sources, Samsung has recently filed a 52-page long patent document titled, “Foldable electronic device including electronic pen.” It shows a double-folding phone that consists of three displays. Samsung has also addressed it as a “multi-foldable device” in the patent documentation.

In the leaked design, we can see that the left and right screens of the phones are folded; they lie on top of the center screen, which allows you to open and close the device easily. It seems as though Samsung is exploring the possibility of having both outward folding and inward folding designs.

Samsung is also expected to ass the magnetic S-Pen for the new patented phone, and also that the pen will be charged wirelessly. When the phone is not completely folded, and the S-Pen is stuck to it, the pen goes into a standard charging mode.

According to sources, the patent also mentions that the double-folding Samsung phone will come with two selfie cameras placed within a double punch-hole. There will also be an in-display fingerprint sensor. Samsung could also bring a piezoelectric speaker that is going to be placed under the flexible screen and a dual-camera system on the back.