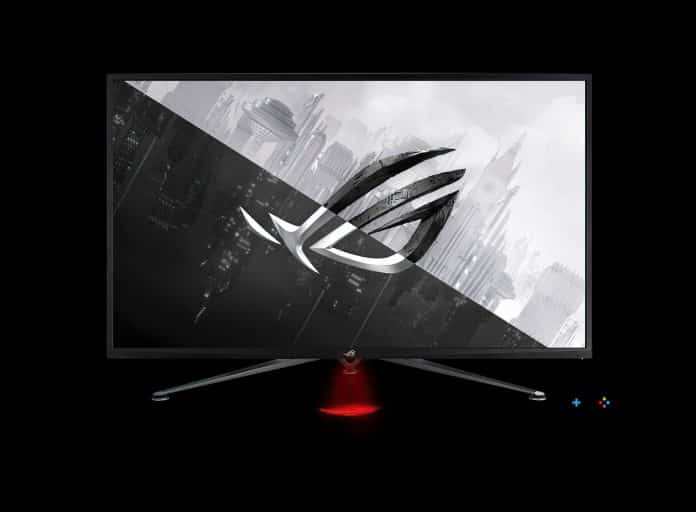 Asus recently announced its latest ROG Strix XG43UQ monitor, which will also be its first HDMI 2.1 monitor in the market. The new monitor is set to make a debut next month and is designed especially for the next generation consoles.

Both the PS5 and Xbox Series S|X support up to [email protected] through HDMI 2.1, which will be advantageous to the gamers. The monitors are also a better deal for PC users as the monitor can reach [email protected] via DisplayPort 1.4 thanks to DSC technology.

Here’s what the company describes its features:

Along with offering amazing 4K 120 Hz gaming on the latest consoles via HDMI 2.1, Strix XG43UQ  includes an Auto Low-Latency mode to reduce input lag, with less than half the input latency of 4K TVs. It also has variable refresh rate (VRR) technology to decrease tearing and framerate stutter. It utilizes Display Stream Compression technology to transport ultra-high-definition video across a single high-speed interface with no perceptible loss in video quality.

The anti-glare panel makes it easier to see what’s on-screen in bright environments, enabling a better viewing experience when watching movies or playing games. Strix XG43UQ includes an array of connectivity options such as USB 3.0, HDMI 2.1 and 2.0, DisplayPort 1.4, audio line-in, and an earphone jack. It also has a bundled remote control to enable users to adjust display settings easily.

The pricing details of the monitor have not been revealed as of yet, however, the new HDMI 2.1 powered monitor from Asus will certainly not be cheap. It’s expected to make its debut next month, until then, the prices will be revealed for users to place their orders.