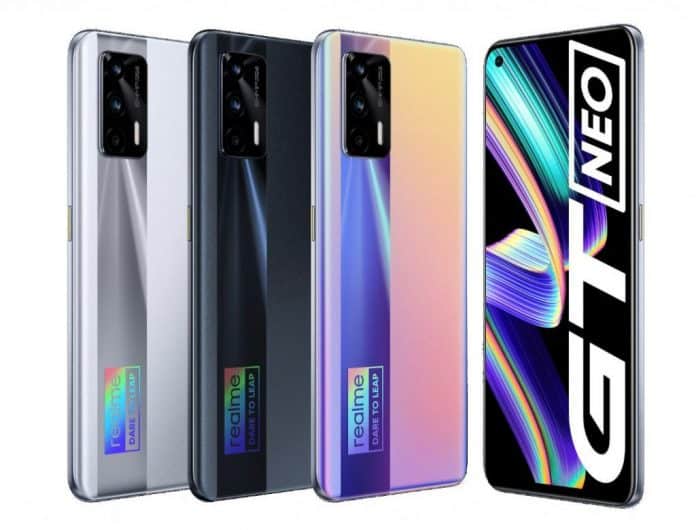 Today Realme India has launched the Realme 8 5G in India at a very affordable price range starting from Rs.14,999. By the end of the event, we the company had teased a new X-series device that will launch very soon. The device was shown to feature MediaTek Dimensity 1200 chipset. The company has not mentioned anything but the chipset for the upcoming smartphone and claims it to be India’s first 5G smartphone with MediaTek Dimensity 1200 processor.

Then few tipsters claimed that the upcoming smartphone that will feature Dimensity 1200 chipset in India will be a rebranded version of the Realme GT of China. The recent reveal of the brand hints the name of the rebranded Realme GT Neoin India could be Realme X7 Max.

Realme GT Neo runs Realme UI 2.0 based on Android 11 OS and is powered by the MediaTek Dimensity 1200 chipset. Regarding the display, this phone has a 6.43-inch FHD+ Super AMOLED punch-hole panel supported by a refresh rate of 120Hz. This phone has an in-display fingerprint scanner.

The Dimensity 1200 SoC of this phone is paired with 6GB/8GB of RAM and 128GB/256GB of internal storage (UFS 3.1). Coming to the camera section, this phone offers a triple rear camera setup supported by an LED flash that includes a 64MP (Sony IMX682) primary sensor along with an 8MP ultra-wide, and a 2MP macro sensor. For selfies, this phone has a 16MP selfie snapper at the front.

The Realme GT Neo is fueled up by a 4,500mAH battery supported by 50W of fast charging. In terms of connectivity, this phone has everything including 5G and the support for a 3.5mm headphone jack. This phone has dual stereo speakers for an amazing multimedia sound experience. This phone has a thickness of 8.4mm and it weighs around 179 grams. The Realme GT Neo will be available in three different color shadings.