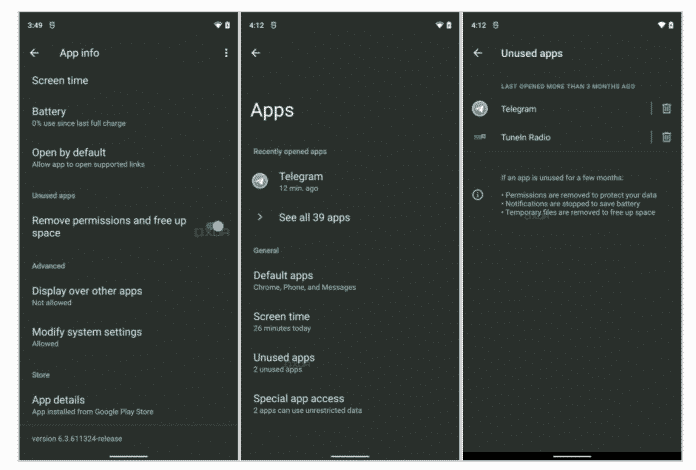 On our Android devices, we often find that we find ourselves running short on storage space after some months of usage. However, with its latest Android version, Google plans to give its users a sigh of relief from the everlasting storage problem.

With its Android 11, Google introduced the “auto-revoke” feature that autonomously revoked privileges (e.g., access to user location, read/write access) for apps that had gone unused for three or more months.

According to sources, Google is bringing with its Android 12 a higher version of its earlier feature. The new OS version will activate itself automatically, and this time it won’t show mercy. The feature on Android 12 will automatically “hibernate” apps that have gone unused for three or more months.

The new feature will also clear the app’s temporary files and cache from the phone’s storage in addition to revoking privileges. App data appears to remain on the device, so the storage freed through the process is minimal. However, it’s still a step towards clearing some storage space on Android devices, especially those with a low build.

A similar type of feature called “offloading” is available on iPhones as well. It deletes apps automatically if they haven’t been used for a while. Though Android 12’s new feature is not as aggressive, however, it’s still something to look forward to.

Previous articleGoogle’s FLoC a bad idea, and WordPress is blocking it
Next articleAIWA re-enters the Indian Audio market with four new products

2022 Distribution Ranking: Android 11 at the Top | Android 12 is nowhere to be Found