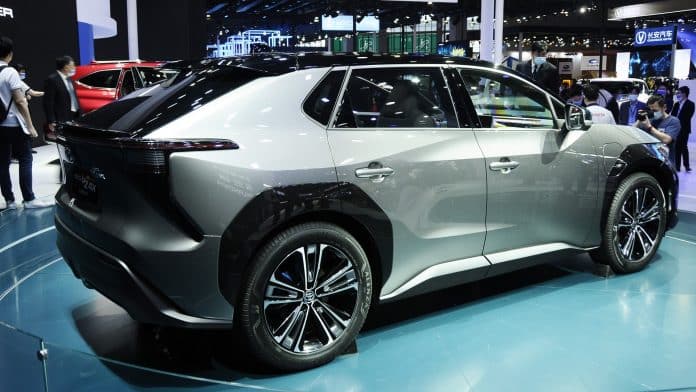 The automaker also unveiled a new concept Electric Vehicle at the Shanghai Motor show, and the car is called the BZ4X. For its future electric vehicles, the company has adopted the brand BZ which stands for “Beyond Zero.” It will also serve as a starting point for the upcoming electric car models from the company.

The company has not revealed any details or specifications about its BZ4X, but one thing the company stated is that the BZ4X will be launched in China and Japan by the end of 2021.

The new system is called the e-TNGA platform. It has several features, including a steer-by-wire system, all-wheel drive, improved visibility, and a common regenerative braking system among electric vehicles. The design of the car features a unique instrument cluster, with the screen set back from the steering wheel in a way that Toyota says will improve driver visibility.

According to sources, the electric vehicle contains several physical buttons in the centre console and on the steering wheel, proof that Toyota is not fully embracing the digital user experience like companies like Tesla. Though still a concept, the new upcoming BZ4X from Toyota looks near to completion. I hope it doesn’t get affected by the global supply crisis.