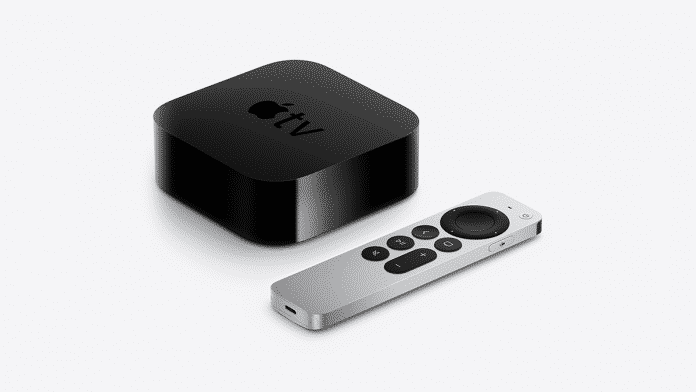 Apple has announced the second-generation Apple TV 4K along with the new Siri Remote. The new Apple TV 4K media player is here with a new and advanced chipset along with innovative color balance technology and a new remote bundled with it. Everything is new in this bundle. In the box, users will get an Apple TV 4K box, a new Siri Remote 4, a Power Cord, and a Lightning to USB Cable. Apple is selling the HDMI cable separately.

Apple has improved the media box and now the Apple TV 4K runs on the Apple A12 Bionic chipset. This A12 Bionic chip is a mobile chipset first introduced by the company during the launch of the iPhone XS and iPhone XR series. This chipset if is also used in the 8th generation iPad as well. This chipset allows the new Apple TV 4K to play 4K HDR video in 60fps. Users can now AirPlay the 4K 60fps Dolby Vision videos shot on their iPhone 12 directly to the Apple TV 4K.

The new Apple’s Siri Remote is now redesigned and re-engineered so that it can be used more comfortably than the last model. In the new design, we can see the addition of a dedicated mute and power button, which allows the users to control the TV directly without the need for the TV remote separately. The Siri button has been moved to the right side of the remote this time, and it remains at the thumb length for easy and quick control.

According to Apple Newsroom, the “Siri Remote features an innovative clickpad control that offers five-way navigation for better accuracy, and is also touch-enabled for the fast directional swipes Apple TV users love. The outer ring of the clickpad supports an intuitive circular gesture that turns it into a jog control — perfect for finding a scene in a movie or show.” The company also adds that the remote now has a one-piece aluminum design.

Apple Newsroom has explained how the innovative color balance technology in the new Apple TV 4K works. According to them, “Apple TV works with iPhone and its advanced sensors to improve a television’s picture quality.2 Apple TV uses the light sensor in iPhone to compare the color balance to the industry-standard specifications used by cinematographers worldwide. Using this data, Apple TV automatically tailors its video output to deliver much more accurate colors and improved contrast — without customers ever having to adjust their television settings.”