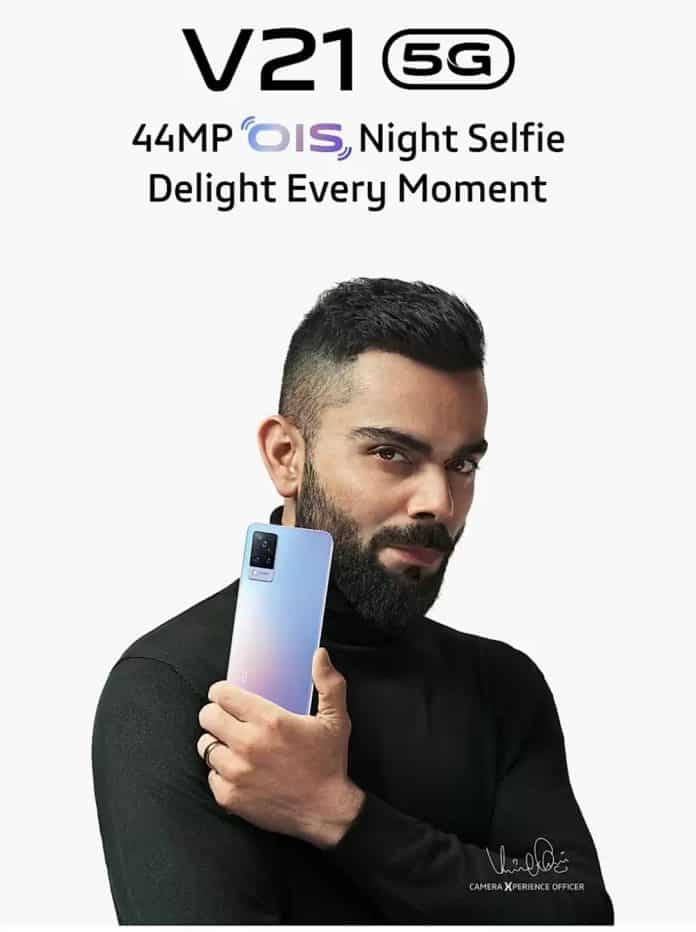 Vivo V21 series is launching in India very soon. Not official but other reports are claiming that the launch will be on April 29. The series will have 4G and 5G versions of the same Vivo V21 smartphone. Among which the Vivo V21 5G seems to be the successor of the Vivo V20 Pro 5G, which launched a few months back in India under Rs.30,000.

Well-known tipster Abhishek Yadav has shared some exclusive details about the upcoming Vivo V21 5G ahead of its official launch in India. According to Abhishek, the phone will have a 6.44-inches E3 AMOLED display with 800nits HDR10+ and a 90Hz refresh rate. There will be a triple rear camera setup at the back featuring 64MP(OIS)+8MP(UW)+2MP(Macro) camera sensors. The front-facing camera will be of 44MP(OIS) front.

Now moving to the chipset, this time we will get a MediaTek Dimensity 800U chipset smartphone paired with 8GB+3GB extended RAM and variable storage. The smartphone will run on Android 11 and will be powered by a 4000mAh battery with the support of 33W fast charging. This smartphone is 7.29mm in thickness and weighs only 176 grams. The phone will be available in three different colours – Sunset Dazzle, Dusk Blue & Arctic White.

These are all the specifications and features shared by the tipster till now, and we will keep you updated with the latest news of Vivo V21 5G and Vivo V21 4G.