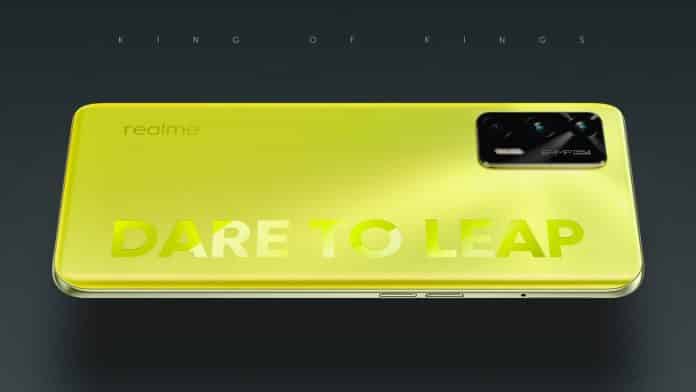 Yesterday Realme had revealed the launch date of the Realme Q3 smartphone in China which is on April 22. The phone has surfaced yesterday in both official and real-life images for the time. The phone has some special features like its catchy Firefly colour with a fluorescent back logo and others. We already know some of the important specifications of the smartphone ahead of the launch from several reports and certification websites.

Now the company is revealing some of the key specifications of the smartphone ahead of the launch in order to create the hype. The upcoming Realme Q3 is a unique smartphone and the company confirms that they have not compromised on the display of the smartphone and it will have a 120Hz display. Moreover, the phone will be powered by the MediaTek Dimensity 1100 5G chipset, which makes the device capable of handling some serious heavy tasks along the way.

According to Realme CMO Xu Qi Chase, “the design is inspired by the unconstrained Y2K culture. For the first time, we combined luminous materials with fluorescent colors. After fully absorbing sunlight, the words “Dare To Leap” on the back cover of the mobile phone will show a fluorescent effect like a firefly in the dark!”