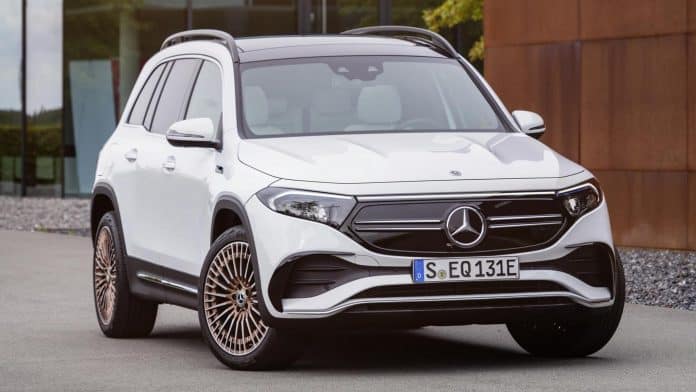 The EQB is touted as a compact for international markets by Mercedes but it is as long as 4.7 meters in length, almost the length of the new Tata Safari, for context. The all-electric SUV is based on the GLB, a model that we’re still waiting for in India.

The EQB has space for seven people and is a slightly taller electric SUV than the EQC. In the range department, Mercedes-Benz says it expects the EQB to squeeze 419 kilometers (or about 260 miles) out of the 66.5kWh battery pack when fully charged. That figure is based on Europe’s WLTP (Worldwide Harmonised Light Vehicles Test Procedure) testing standard, too, which typically produces rosier estimates. The US EPA-rated (the United States Environmental Protection Agency) range will likely be less. The company has informed about a longer-range version being in the works but didn’t offer any more details.

Before the EQB arrives in the US, it will see debuts in China (hence the reveal at Auto Shanghai) and Europe by the end of 2021, with localized production, and the eventual US model will be imported from Europe. Mercedes-Benz has also previously announced a smaller electric SUV that is Europe-only for the moment, called the EQA.

The EQB will be available in both front-wheel and all-wheel-drive configurations, with some offering more than 200kW of power (approximately 270 horsepower) for a modest amount of zip. According to a report by The Verge, the EQB “can charge at a rate of up to 100kW, though that could change upon the introduction into the US. And it’s of course outfitted with Mercedes-Benz’s MBUX infotainment system, which operates on a pair of large screens that sit behind the steering wheel and on the center of the dashboard.”

Previous articleApple Event 2021: When and How to watch in India
Next articleboAt Zenit Series Smartwatches spotted on BIS Certification