Audi reveals the concept of its A6 E-Tron electric vehicle 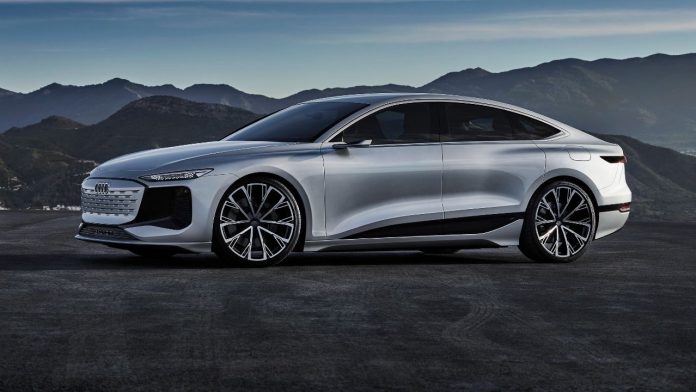 Audi has stepped further into the world of electric cars, with the release of its concept version of its all-electric A6 sedan. According to sources, the car will be debuted in all major global markets and will be built on a new EV platform the company is co-developing with Porsche.

The company also announced that it would launch its product version by the second half of 2022, and the German automaker is targeting around 700 kilometres (more than 400 miles) of range for the new car, which will be called the A6 E-Tron.

The A6 E-Tron concept Audi was shown off on Monday at Auto Shanghai 2021, and the concept covered most of the specifications, which are likely to translate closely to what will eventually go on sale.

Speaking about the new underlying platform, both the Audi and Porsche call it the Premium Platform Electric, or PPE. The two Volkswagen Group companies first started talking about it around a year ago, and it will be powering all the future vehicles from both partners. Audi has a history of adopting different EV platforms for its electric vehicles, and this is the fourth time the company will be adopting Porsche’s platform.

Volkswagen Group is one of the largest auto-makers globally and has lots of resources at its disposal. This will allow Audi to break Tesla’s early hold on the EV market — and Audi is trying to leverage the best of what’s being developed across the larger conglomerate to make a big mark with its electric vehicles.

With the announcement of its A6 E-Tron concept, Audi says it’s even going to squeeze an extra few miles out of the PPE’s battery pack that can reflect “a significant percentage of the thermal radiation in sunlight,” meaning drivers will have to rely less on the air conditioning system.

Audi will also be developing its “Digital Matrix LED” headlights, which are only available outside the US. These lights use a complex shutter system to sculpt the LED light into specific shapes and animations can now project an Audi-developed video game on a nearby wall or garage door.