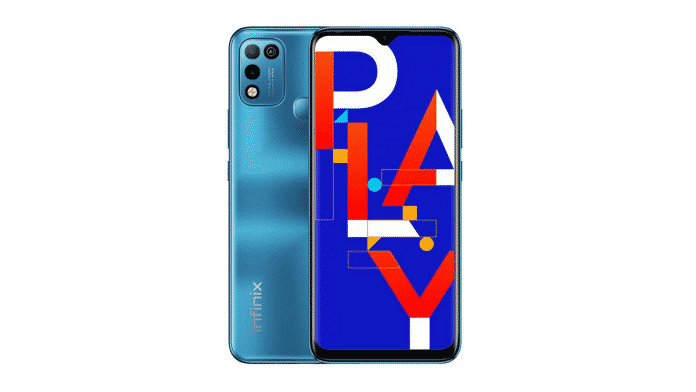 Infinix, the Hong Kong-based smartphone company, has launched a new product in the Indian market with the aim of attracting more customers. The launched smartphone is named the Infinix Hot 10 Play and it will compete with the other budget handsets present in the market.

Let’s have a detailed look at its specifications and prices.

The Infinix Hot 10 Play sports a 6.82-inch HD+ IPS display along with a waterdrop notch design. It comes with a 20.5:9 aspect ratio and 90.6% screen-to-body ratio. NEG glass is used to protect the front of the display. It is powered by the MediaTek Helio G35 mobile chipset and is coupled with 4 GB RAM and 64 GB storage. The storage can be expanded via a MicroSD card slot.

It runs on runs on dated Android 10 based on XOS 7 skin. In terms of optics, the handset offers a dual-camera setup at the back that includes a 13 MP primary sensor and a secondary depth sensor along with an LED flash. For selfies and video chats, you will spot an 8 MP front snapper. Other features of the camera include slow-mo videos, document mode, AI scene detection, and more.

Talking about the battery, the Infinix Hot 10 Play houses a powerful 6,000 mAh battery cell and is paired with a 10W fast charging support. That means it can last up to 23 hours on video playback or up to 53 hours of talk time. Other features on this new budget smartphone include a rear-mounted fingerprint scanner, Bluetooth 5, 4G VoLTE, dual-band Wi-Fi, and a micro-USB port.

Infinix offers this device in four different color variants which are Morandi Green, 7 degrees Purple, Aegean Blue, and Obsidian Black. You can purchase it from the e-commerce platform Flipkart and offline retail from 26th April. The smartphone is priced at Rs 8,499.