‘Upcoming Marvel Movies’: All the Exciting Updates about Phase four and far away 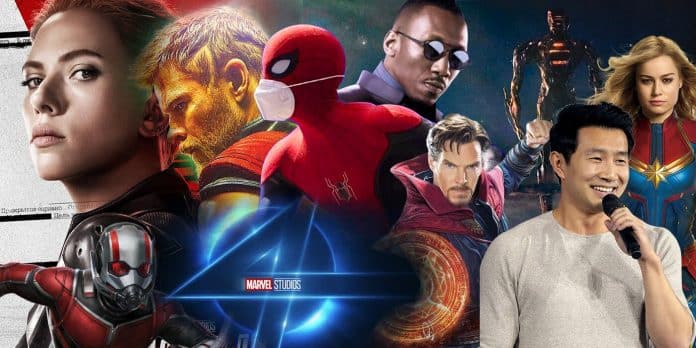 After the release of Avengers: Endgame, Marvel studios signed about the 22-film saga. We all the marvel fans know that the story was started with 2008’s Iron Man, and from that time we have seen many new heroes. Many compelling combinations of the characters are mixed up, and also a few characters are left to reveal.

The previous crew movies such as The Avengers and Avengers: Age of Ultron had a sense of finality. There is no doubt that Endgame was a real and genuine ending of 21 films, but nothing will be the same after it.

Only the release date of Spider-Man: Far From Home is confirmed. The president of Marvel Studios, Kevin Feige, took the stage and covered the curtain about the first two years of the movies in Marvel’s Phase 4.

Here is a list of all the upcoming Marvel Movies:

There is not more information about this film. But it is confirmed that Oscar-winning Moonlight and Green Book actor Mahershala Ali who was the guest at Marvel’s Comic-con 2019 panel, declared to be a new blade.

It is expected that this film will be the integration of Marvel’s first family will be the important and maybe the entire point of phase 5. Many have suggested that it will be a great way to reveal them and also acknowledge their absence all the time. They all will serve as an important replacement for relevant time-lost Captain-America.

12.Ant-Man and the Wasp: Quantumania

In November 2019, Marvel Studios declared that Peyton Reed would come back to direct the third Ant-man film. After that Rick and Morty screenwriter Jeff Loveless was relevantly hired for the script. Kathryn Newton will join as an older version of Scott Lang’s daughter and Jonathan Majors will play the role of the villain Kang the Conqueror.

The production of this film was actually started in early 2019, but the writer and director James Gunn Was fired for passing some bad jokes on Twitter. After that Gunn meet with a Disney executive and took a job of writing and directing The Suicide Squad for DC. During all the turmoil Gunn completes the script. It is expected that the filming will begin in 2021.

The sequel of this film is set in the present day, but the two directors Anna Boden and Ryan Fleck will not come back behind the camera. Marvel enlisted the director of the Candyman remake Nia DaCosta to take the responsibility. Iman Vellani will have a supporting role in the movie and Teyonah Parris will feature the role as an adult, Monica Rambeau.

In this film, we will see the biochemist Michael Morbius is trying to cure himself completely of a rare blood disease, but he fails in his experiment and inadvertently he infects himself and become a version of vampirism instead of recovering.

8.Venom: Let There Be Carnage

This movie is also an upcoming superhero film that is based on the Marvel Comics character Venom. The film will be produced by Columbia Pictures in association with Marvel and Tencent Pictures.

It is unfortunate news that this highly anticipated sequel is in flux. In August 2019, Coogler was under treatment and spent all the year writing the script for this film, based on the brilliant actor Chadwick Boseman who allegedly passed away on 28th August. After that, the filming is slated to start in 2021.

The filmmaker of Thor: Ragnarok is respectively signed for this upcoming fourth film of Thor. A few weeks before, Marvel reveals Natalie Portman’s return as Jane Foster, who will become the first female Thor in MCU. She will be the co-star in the opposite of Chris Hemsworth; Lebowski Thor and Tessa Thompson will feature as Valkyrie, who was the King of Asgard at the ending of Avengers: Endgame.

5.Doctor Strange in the Multiverse of Madness

It is a new franchise to start in MCU. It was exposed that Derrickson had left the deal to come back and direct the sequel of Doctor Strange, and at San Diego, Marvel was confirmed that Derrickson and Cumberbatch both will come for this film.

Marvel Studios and Sony Pictures were signed for contentious negotiations about the extension of their partnership with future Spider-Man movies. The writers of Far From Home, Chris McKenna, and Erik Sommers, will return for the screenplay. The filming of this movie was started in summer 2020.

The story of this film is based on the famous comic series created by Jack Kirby and contained a group of super-powered and closely immortal beings. The director of this Marvel is the Rider director Chloe Zhao. At first, this film was set to release in November but got delayed due to the coronavirus pandemic.

2.Shang-Chi and the Legend of the Ten Rings

It is assumed that the Shang-Chi film is looking to generate its first superhero film with an Asian lead. The movie revolves around a comic character created in the early 1970s by the writer Steve Englehart and the artist Jim Starlin acquired the rights to the villain Fu Manchu and created Shang-Chi as the son of Fu Manchu. The comics depict a story in which Shang-Chi was raised and trained by his father in Martial arts, but after knowing about the evil side of his father and he became against him.

Marvel studio is working with Scarlett Johansson to find the right direction and interview many candidates to choose the right one before landing out indie filmmaker Cate Shortland. This movie will reveal the time of Natasha Romanoff as a spy before the Avengers: Infinity War events. According to the comics, Pugh is playing the role of Yelena, who took on the mantle of Black Widow after Natasha.

Previous articleAMD leads in desktop and laptop CPU performance charts but Intel still holds a larger market share
Next articleBREAKING: Valverde ruled out of Getafe match after coming in direct contact with a COVID-19 positive person