Pogba reveals he is enjoying midfield partnership with Bruno Fernandes 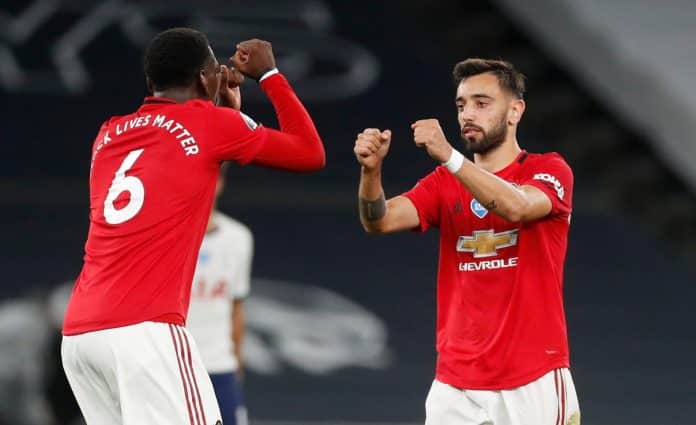 Paul Pogba and Bruno Fernandes are always a treat to watch together. Both midfielders are an integral part of Manchester United’s recent performance.

Pogba missed six weeks of football due to a hamstring injury. Since his return, he has helped Manchester United in the semi-finals of the UEFA Europa League. The Red Devils are also in second place in the Premier League.

“He’s all over the place, he can do everything really… except defending! But really, it’s always a joy to play with him, to understand him. He understands me as well, he can take my position, I can take his position as well.”

“I think he suits the team, he’s a very dominant influence in our team.”-he added.

Manchester United are yet to win a trophy since the 2016-17 season. United fans will love to see this Bruno-Pogba duo ends the bad phase of the club at the end of the season.