Oppo A54 prices for India leaked ahead of April 19 launch 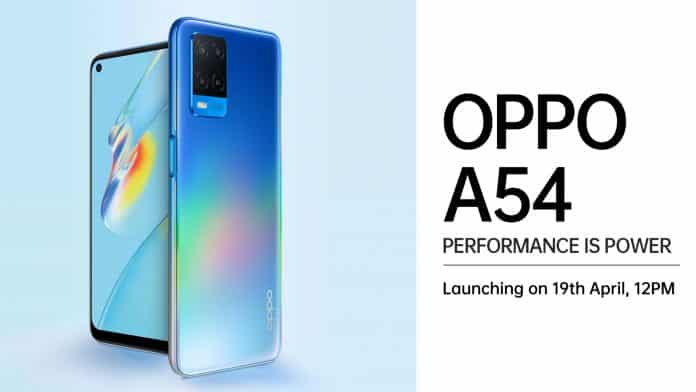 Oppo A54 is launching in India on April 19. The phone is going to be another budget segment smartphone from the company. This smartphone was already launched in several other markets of Asia ahead of India’s launch. Today’s important news is the prices of the variants of Oppo A54. According to reports, Oppo A54 will be available in three different storage options.

The phone will be available in India via Flipkart. On the next day of its launch, Oppo will launch another mid-range 5G smartphone named Oppo A74 5G. If this smartphone is priced like this it can be then compared with the Redmi Note 10.

The landing page created in Flipkart reveals only a 5,000mAh battery and 18W fast charging of the smartphone. Oppo’s official website of Pakistan reveals that the phone will have a 6.51-inches punch-hole display. The punch hole on the display houses a 16MP selfie camera. Around the back, we get a 13MP primary sensor among the triple rear camera sensor where the other two 2MP sensors are for Macro and Bokeh.