Xiaomi Mi 11 gets a DXOMARK camera score of 120 points, misses out on the Top 20 rankings 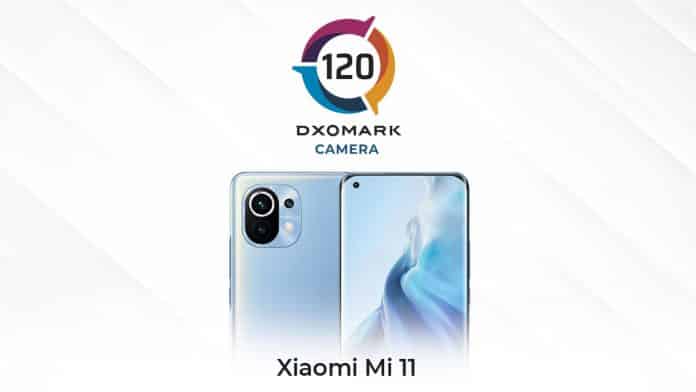 Xiaomi launched their Mi 11 smartphone at the end of last year, powered by the Qualcomm’s Snapdragon 888 SoC. After that it has launched a number of smartphones in the series and their recently launched Mi 11 Ultra is crowned the best camera-centric smartphone by DXOMARK.

Surprisingly, the Xiaomi Mi 11 wasn’t been rated until and the smartphone has got a camera score of 120 points by DXOMARK. It has been positioned behind the likes of Huawei Mate 30 Pro, iPhone 12 series as well as Galaxy S21 Ultra and does indeed lacks the Top 20 rankings on the chart.

The Mi 11 boasts of a triple rear camera setup that offers an amazing 108-megapixel sensor. The size of the pixels is 1.6 microns and has optical image stabilization (OIS) as well. It also houses a 13-megapixel secondary sensor and a 5-megapixel tertiary sensor. They come with an f/2.4 ultra-wide-angle lens and an f/2.4 macro lens respectively.

In the photo category, it did its best in texture testing, with little noise, and scored fairly high in most other test projects, so the photos were powerful. Due to the lack of a dedicated telephoto camera, the Mi 11’s zoom score did take away some points, however, has a good video score of 107.

It does manage to beat the Galaxy Note 20 Ultra as well as the Google Pixel 5. If you have been waiting for the Xiaomi Mi 11 series, you will be glad to know it is launching soon in India later this month.