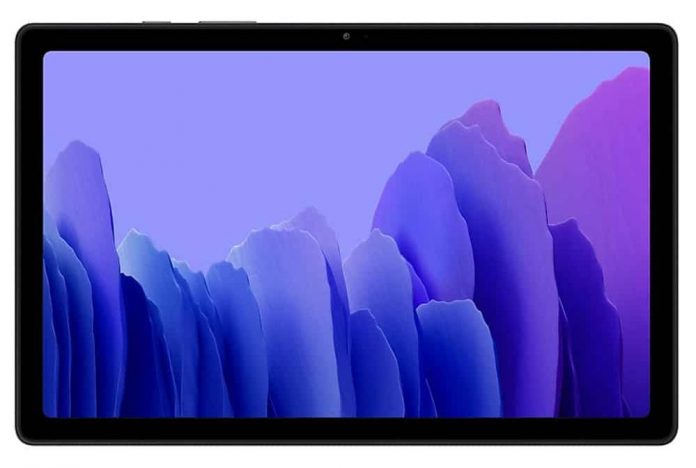 Samsung is about to launch a new budget-friendly tablet, named the Samsung Galaxy Tab A7 Lite. We already had some of the renders and rumors about the upcoming tablet along with the key specifications. But, this time, we have got a better look of the design and display of the A7 Lite tablet showing the device in silver color option.

At first, coming to the front side of the tablet, it offers average-sized side bezels and slightly bigger bezels for top and bottom. No punch-hole front camera setup this time as the selfie snapper is engraved in to the bezel. On the right edge, we can see the power-button and the volume rockers, paced slightly on the upper-side. The SIM-card tray is located on the left edge.

Coming to the rear panel of the tablet, the Galaxy Tab A7 Lite offers a single rear camera setup without an LED flash. The camera bump appears small if we see it from the side of the device.

That’s all we can get regarding the design of the device. However, checking some previous reports, the Galaxy Tab A7 Lite will be powered by the MediaTek Helio P22T SoC. Regarding the display, this tablet will offer an 8.4-inch or even 8.7-inch panel (Not confirmed whether it will be an AMOLED or an IPS LCD panel). the Helio P22T SoC of this tablet is said to get paired with 3GB of RAM. Other than this, the A7 Lite tablet will be fueled up by a bigger 5,100mAH battery (no confirmation about any kind of faster charging).